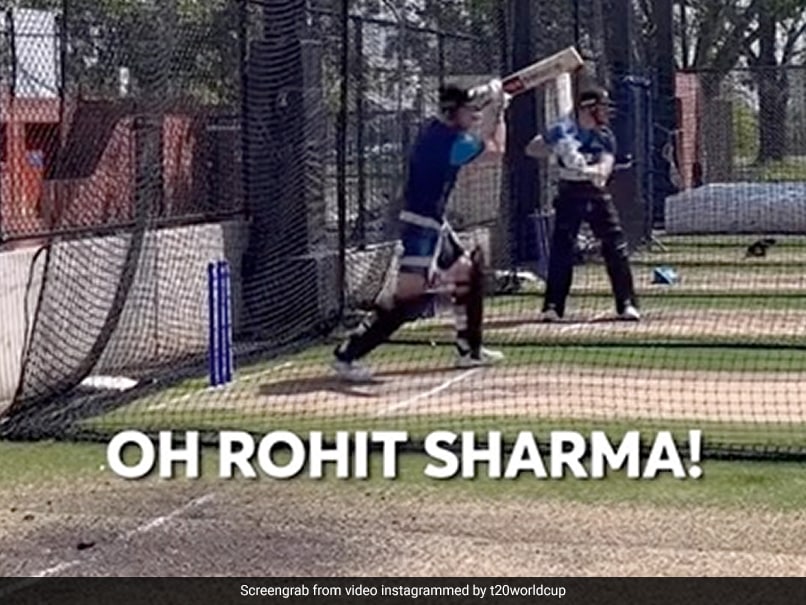 New Zealand made a bright start to the ICC T20 World Cup campaign with a mega 89-run win over hosts Australia in the opening fixture of the Super 12 stage of the tournament. The Kiwis, who had lost to the Aussies in the final of last year’s T20 World Cup, had all their top guns firing with the bat. But that has not stopped the lower order batters to focus on their batting skills.

Ahead of the team’s next match against Afghanistan on Wednesday, bowling great Trent Boult was seen enjoying a long session in the nets, wielding his willow.

The video of Boult batting in the nets was posted on Instagram by the ICC. The ICC posted interesting captions on each of Boult’s strokes in the video, starting by comparing him with India captain Rohit Sharma.

Boult will be a crucial cog in New Zealand’s wheel along with bowling partner Tim Southee. The two pacers have had great careers for the Blackcaps, but they don’t have any limited overs ICC trophy to show for their efforts.

Over the years New Zealand’s only ICC trophy in white ball cricket has been the 2000 ICC Knockout Trophy, the predecessor of the ICC Champions Trophy.