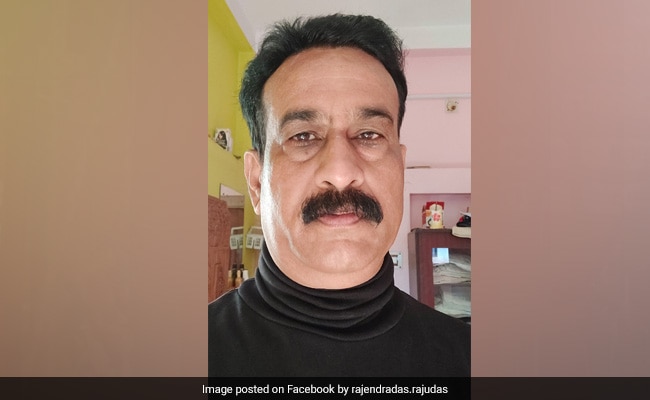 Rajendra Das was allotted the symbol of a floating boat and boatman.

The campaign for the November 3 Dhamnagar assembly by-poll has been formally launched and the presence of the BJD rebel candidate Rajendra Das in the fray as an Independent has added colour to it.

Mr Das, a former MLA of the area who was denied a BJD ticket at the last moment, poses a serious threat to BJD’s official candidate Abanti Das. The other two parties who have fielded candidates are the opposition BJP and the Congress.

While the leaders of the three political parties have already occupied all hotels and guest houses in the district headquarters town of Bhadrak, which is barely 10 km away from rural pockets of Dhamnagar, Mr Das has none from outside to campaign for him.

Mr Das, who was allotted the symbol of a floating boat and boatman, is nevertheless optimistic that he will win the poll fight with the blessings of the local people.

Interestingly, the BJD, BJP and Congress have announced names of prominent leaders including Chief Minister Naveen Patnaik, union and state ministers. Mr Das’ list has people from the Dhamnagar constituency.

The list of campaigners submitted by him to the Election Commission are father-mother, chacha-chachi, poor daily wage earners, farmers, brothers and sisters and the general public, sources in the election office said.

“I do not need any campaigning by others. The people of Dhamnagar, who are the voters, will campaign for me. No ministers come here to cast vote here,” Mr Das said.

He had lost the assembly elections by a margin of 4,625 votes to B C Sethi of BJP in the 2019 state Assembly poll. B C Sethi’s death on September 19 necessitated the by-poll in Dhamnagar.

Though there was tremendous pressure on him from the BJD to withdraw from the polls, Mr Das remained adamant about contesting the seat. His entry in the poll scenario is the cause of a major headache for the ruling BJD candidate Abanti Das. She became the chairperson of Tihidi block in the district with the help and support of Rajendra Das.

The campaign for the by-poll was launched on Monday evening and Abanti Das embarked on it by offering puja at the Kali temple in Bhadrak in the company of party MLAs and supporters. The Congress candidate Baba Harekrushna Sethi launched began canvassing from Asurali in Dhamnagar, while the BJP nominee Suryabanshi Suraj, son of B C Sethi began by door-to-door campaigning.

The saffron party expects Suraj, who was the first to file his nomination, to win by virtue of sympathy votes. “The contest will be mainly between BJP and Rajendra Das. The BJD will slip to the third position,” State BJP general secretary Prithiviraj Harichandan told reporters.

Congress MP Saptagiri Ulaka on the other hand said that there is every possibility of the party candidate winning as the BJD votes are now divided due to its rebel candidate. On the other hand, the people of Dhamnagar will give a “befitting reply” to BJP for Modi government’s failure to check the rise in the prices of essential items, Ullaka said.

BJD leder Amar Prasad Satpathy, however, claimed that Rajendra Das’ candidature will hardly affect the regional party’s electoral prospects. “He (Rajendra Das) may get few votes while BJD is set to win a landslide victory.

Odisha Chief Electoral Officer S K Lohani said six candidates had filed their nominations for the by-election. The nomination of one candidate was cancelled during scrutiny, he added.