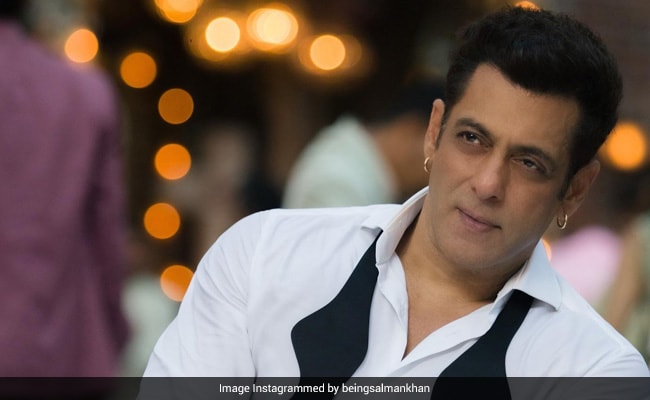 Please don’t do this to us, Salman Khan. Our eyes can’t take it anymore. Yes, the actor has shared some fresh pictures from the sets of his upcoming project – Kisi Ka Bhai Kisi Ki Jaan. Here, Salman, dressed in a white shirt and black pants, is just sitting on a chair. Oh-so-handsome, did we hear? Well, you are not alone. Wondering, what is the occasion? Check it out in his caption. “For a rainy day,”  it read. Replying to the post, Sangeeta Bijlani said, “And, so [fire emoji]”. Singer Jassie Gill has dropped a set of fire emojis under the post. Actress Donal Bisht has declared that Salman is her “favourite”. Bigg Boss 16 contestant Abdu Rozik wrote, “Va va voom.”

Kisi Ka Bhai Kisi Ki Jaan was previously titled  Kabhi Eid Kabhi Diwali. The film is directed by Farhad Samji. It also stars Pooja Hegde and Shehnaaz Gill in crucial roles. Earlier this year, Salman dropped a teaser of his much-awaited project on Instagram and wrote, “Kisi Ka Bhai Kisi Ki Jaan.” The film is bankrolled by  Salman Khan Films. The text on the video read, “34 years ago was now and 34 years later is also now. My life’s journey began from nowhere made up of 2 words now and here. Thank you for being with me then which was now and thank you for being with me now. Really appreciate it.”

Salman Khan also has Tiger 3 in the kitty.

Katrina Kaif Shares A Glimpse Of Her Coffee With A View

Bigg Boss 16: Shalin Bhanot Gets Into Another Fight

Richa Chadha Offers A Glimpse Of Her Mehendi. Can You Spot Ali Fazal’s Name In It?

Kareena Kapoor Is “Ready For You”. Shares Pics From Her New Year Celebrations In Switzerland