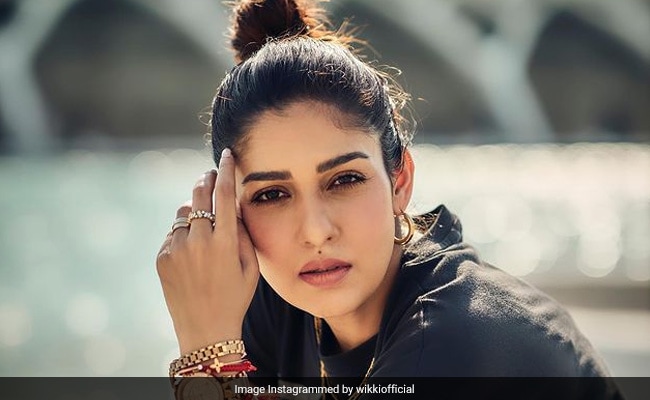 Actress Nayanthara and Vignesh Shivan, who recently returned from their vacation in Spain, are still relishing the precious moments they spent together in Valencia. The couple were holidaying in the country for over a week. On Monday, Vignesh shared some new glimpses from their getaway on social media. In the first set of pictures, the actress can be seen posing against the “modern Spanish architectural marvel of Valencia.” Her pictures from the City of Arts and Sciences are truly breathtaking. Dressed in a black tee and matching shorts, Nayanthara looks sassy in each image. Another set of snaps shows close-up shots of her from the modern part of the city.

He added, “The modern Spanish Architectural marvel of Valencia, Spain captured along with a beautiful woman from India.”

In his caption, the filmmaker expressed how much he loved Valencia, “Visit Valencia and get stunned by the city’s vibe! The ambience, the architecture and the way time absolutely flies! One of the best places visited ever.”

Excited to see new pictures of Nayanthara from Spain? Check them out here:

Last week, the couple returned from Spain, where they “loved every minute” of their vacation. On Saturday, Vignesh posted an image of Nayanthara and himself near an installation of Valencia’s name. He wrote: “Until we meet again, Valencia! You have my heart. Such a beautiful place! With so much to do, see, enjoy, cherish, experience and feel! Loved every minute here!” and added: “Waiting to come back to this dreamy place.”

Meanwhile, also check out other photos of the couple, who got married on June 9, from their Spain vacation.

Vignesh and Nayanthara flew to Spain on August 12. The director updated his fans about their trip with this photo and a caption that read: “After a continuous streak of work, work, work! Here we take some time for ourselves! Barcelona, here we come.”

Fans of Vignesh Shivan and Nayanthara will get to witness their wedding documentary, titled Nayanthara: Beyond The Fairytale, on Netflix. The project is helmed by Gautham Vasudev Menon.

Zomato Suspends Pro Membership Subscription: All You Need To Know

Travel To Germany: The New Gourmet Heaven On Foodies Radar

“Thanks For Putting Up With Us”