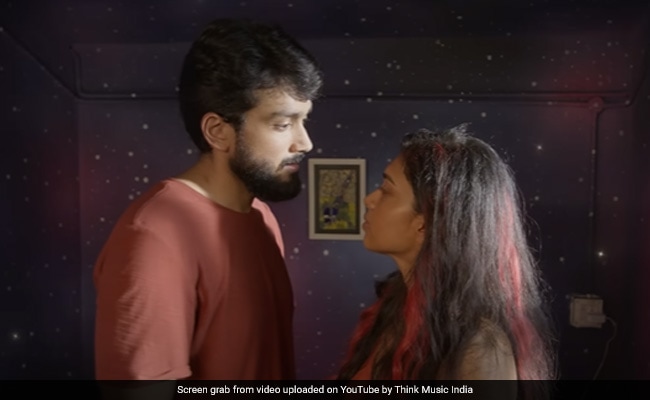 Rating: Three and a half stars (out of 5)

In his sixth feature film, Natchathiram Nagargiradhu, writer-director Pa. Ranjith strikes out in a strikingly new direction and crafts a multi-layered musical romance that dismantles generic barriers to explore the complexities of love and its manifestations and repercussions in a severely riven society.

The 170-minute Tamil film, which sees Ranjith in firm control of the flow of the narrative in a zone that he has never forayed into before, shines a light on the many divides that bedevil a culture that refuses to acknowledge that there is no value in clinging to obsolete customs and constructs that hold it back.

Natchathiram Nagargiradhu, released theatrically, presents a rambunctious picture of the perils of prejudice and, as it rattles along, poses an array of uncomfortable questions that are crying out for answers. Not that the film is always subtle with its polemics, but what it does admirably well is create a provocative, pugnacious combination of themes that hold together until the bitter end and get its point across loud and clear.

The metaphor of shooting stars – while the title itself refers to them, the film’s protagonist, a self-willed, independent woman who has shaken off the shackles of caste and forged her own identity, has her eyes glued on the dark night sky for the exploding flashes of brightness that, in a crucial way, point to her own personal achievements and aspirations.

In one scene, she points to the sky and says that humans are mere specks in the cosmos and yet they never stop fighting. Could mankind’s insignificance in the larger scheme of the universe be the reason why it draws lines that separate rather that connect? The heroine of Natchathiram Nagargiradhu has risen above that impulse and found her own niche.

Overlong but unwavering in its commitment to a worldview that embraces and celebrates inclusivity, the multi-layered Natchathiram Nagargiradhu opts for a fragmented storytelling style that captures the anarchy inherent in the myriad stories that swirl around norm-breaking human relationships in a world that demands conformism at all cost.

Panning out in a Pondicherry theatre space where a diverse group of actors rehearse for an activist play about boundary-smashing love and reactions its provokes, the film tackles a range of topics – caste discrimination, religious bigotry, honour killing, male entitlement, youthful rebellion – and forces the audience to sit up and wonder if there is indeed a way out of the mess that we are collectively trapped in.

The theatre, self-contained and determined to adhere to its belief in a fair and accepting society, is a microcosm of the larger and iniquitous world outside. It has its own set of contradictions that it must surmount in order to give its play about love (and the hate it engenders) the requisite thrust.

Love is politics, one of the characters says. The film proceeds to show us exactly how. Every form of love that is portrayed in Natchathiram Nagargiradhu – straight, same-sex, inter-caste, inter-faith, unrequited, unwanted, passionate, tepid, confused – comes straight out of the screws at us, but it does not seek to call undue attention to itself. It unfolds in a matter-of-fact manner as if to uphold the obliteration of caste, religion or gender when two consenting adults decide to become a couple.

Natchathiram Nagargiradhu starts with a break-up caused by seemingly innocuous differences between a young couple over the music of Ilaiyaraja. A Nina Simone song – Feeling Good, which expresses the ecstasy of the act of breaking free from oppression – leads us into their bedroom.

It quickly becomes clear why the number is apt here in terms of both irony it underscores and the hope it raises in the context of the life of the girl we are about to be introduced to. “It’s a new dawn, it’s a new day, it’s a new life for me,” goes the timeless anthem of liberation. But Rene (Dushara Vijayan) still has a fight on her hands.

Iniyan brusquely asks Rene to stop. She stands her ground, as she is going to on several other occasions in the film. In the altercation that ensues, Iniyan takes an indirect jibe at Rene’s ‘nature’ – a euphemism for her caste. Rene recoils in anger and ends the relationship.

Cut to Pondicherry, where the key characters congregate under the stewardship of Subeer (Regin Rose), who is reverentially addressed as ‘Master’ by the theatre troupe members. He is a Muslim and he offers to weave the story of his inter-faith marriage into the play, pretty much in the way that director Ranjith mirrors fragments of his own experiences in the story of Rene’s resolve not to let memories of discrimination cow her down.

Natchathiram Nagargiradhu is Rene’s story. There are two men in her life – Iniyan and Arjun (Kalaiyarasan). She is as fascinating a heroine as any we have ever seen on the big screen. She speaks her mind, but never does so in a manner that would make her moves predictable. While Iniyan’s role is primarily reactive – his relationship with Rene is portrayed in snatches intercut into the narrative, the figure of Arjun looms much larger on the film, a man who is a clear misfit in this group of rebels and, therefore, stands out.

The theatre troupe includes a gay couple, a transwoman (Sherin Celin Mathew) in a relationship, and an older actor (Charles Vinoth) who is enamoured with a disinterested French girl (Manisa Tait) and other members who have shaken off all vestiges of conservatism.

Into this set-up enters Arjun, a wannabe movie actor who hopes to use a theatre stint to hone his skills. But far more than learning the art of improvisation as an actor, he has to work to dispel his priggish notions about women, love and marriage. At the receiving end of his narrow-mindedness is his fiance Roshni (Vinsu Rachel Sam).

The would-be wife is no mood to pardon him when he crosses the line, but Rene advocates forgiveness when the man commits a misdemeanour that turns everyone else in the group against. Arjun, on his part, knows he has slammed the door shut on his own face. The reprieve that Rene grants him catches him by surprise and sparks a process of introspection.

Arjun asks Rene: “Are a Communist?” No, I am an Ambedkarite, she replies curtly. A few scenes later, Arjun is seen reading Ambedkar. His transformation is a touch too facile, but it is an undeniably significant piece of the plot.

The camerawork (A. Kishore Kumar), the editing (Selva R.K.) and the music (Temna) are in perfect sync with the robust spirit of the film.

Effervescent one moment and volatile the next, Natchathiram Nagargiradhu pieces together disparate stories of love and, within the context of thwarted desires, contextualises the sufferings of the disempowered and the brutalized. In the process, it offers an experience that grows steadily on the audience.

Natchathiram Nagargiradhu reveals an exciting new facet of Pa. Ranjith’s vision of the medium and the world. Not to be missed.

Ranveer Singh Dedicates His Award To The OG "Kapil's Devils"

Crowd Throws Chicken Nugget On Harry Styles, This Was His Hilarious Reaction

Karisma Kapoor Is “Ready And Steady” For Christmas. Here’s Proof