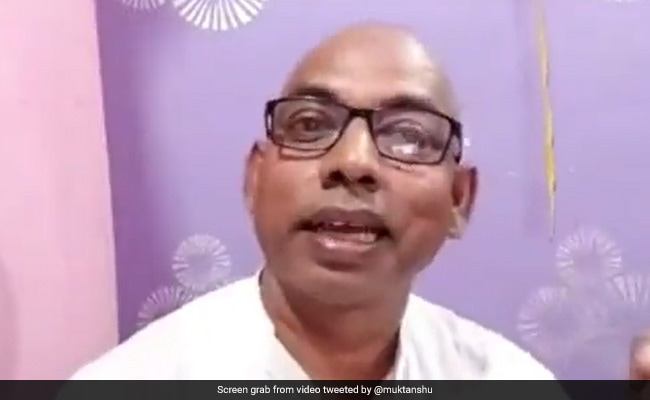 Bihar BJP MLA Lalan Paswan courted controversy on Wednesday over his statements about Hindu deities. The MLA from Pirpainti Assembly constituency in Bhagalpur district raised questions on Hindu beliefs and argued with ‘evidence’ to prove his stance.

A protest was held against him at Shermari Bazar in Bhagalpur and his effigy was also burnt.

The BJP leader said the concept of “atma and paramatma” are just people’s belief.

He said, “If you believe then it is a Goddess, and if not then it is just a stone idol. It is up to us whether we believe in Gods and Goddesses or not. We have to think on a scientific basis to reach a logical conclusion. If you stop believing, then your intellectual capacity will increase.”

“It is believed that Bajrangbali is a deity with power and bestows strength. Muslims or Christians do not worship Bajrangbali. Are they not powerful? The day you stop believing, all these things will end,” said Mr Paswan.

Missing 10-Year-Old Girl Found Dead In Field In UP: Police