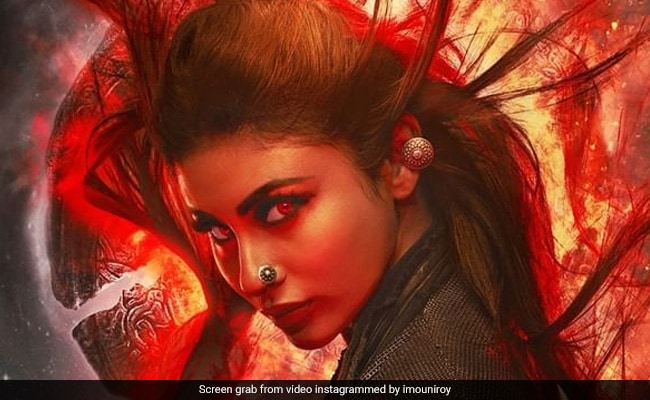 Mouni Roy might be the antagonist in Ayan Mukerji’s astraverse but for a section of the Internet, she is the real hero. The actress, who plays the role of Junoon in the first part of the fantasy film series Brahmastra, got a whole love of love from Twitter users on the film’s release day. #MouniRoy started trending on Twitter big time after fans shared appreciation tweets for the TV star on the social media. “The star of Brahmastra is Mouni Roy,” read a tweet. Another fan wrote: “She got the memo, knew exactly what had to be done.”

See some of the tweets here:

This scene with Mouni Roy and Shah Rukh Khan garnered a separate fanbase.

Junoon and Vanar Astra what a killer intro of them two, What an experience of watching SRK sir and Mouni mam together sharing screen. @Roymouni@iamsrk#MouniRoy#ShahRukhKhan#Brahmastrapic.twitter.com/LS5pxu6jiW

So #MouniRoy stole the show Thankgod !! Mouni wish u a bright career ahead @Roymouni#BrahmastraReview#Brahmastrahttps://t.co/cb7EwuxG8c

“The star of Brahmastra is Mouni Roy. She got the memo, knew exactly what had to be done – she just understood the vision and her character. She understood the mythology, the astras, the power they wield and most importantly, the respect they deserve,” read another tweet praising the actress.

The star of #Brahmastra is #MouniRoy. She got the memo, knew exactly what had to be done – she just understood the vision and her character. She understood the mythology, the astras, the power they wield and most importantly, the respect they deserve.

Appreciate tweet for #MouniRoy she is doing such a amazing job in #Brahmastra what a actor she is@Roymouni you’re brilliant pic.twitter.com/yQwwz13w7m

“Mouni Roy, what a villain you are,” wrote a Twitter user.

Kon ho tum?
bataya na #Junoon
#MouniRoy what a villian you are pic.twitter.com/NEAD2ejQv9

This is how another Twitter user summed up Mouni Roy’s performance.

Saw #Brahmastra ! Enjoyed it, visual spectacle. The special effects are stunning, action sequences hold your attention & songs are catchy & brilliantly shot. #RanbirKapoor as #Shiva is the show-stealer. #AliaBhatt has given a great performance . #MouniRoy is menacing

Meanwhile, on the release day of Brahmastra, Mouni Roy shared a special post for the film’s director Ayan Mukerji and she wrote: “The genius of this man created this Astraverse. Our labour of love is yours now. Please give us all your love and blessings. Hari Om.”

Mouni Roy, a popular face in the Indian television industry, has been a part of several shows such as Kasturi, Devon Ke Dev…Mahadev and Naagin, to name a few. She has also participated in reality shows like Nach Baliye 6, Jhalak Dikhhla Jaa 7 and Zara Nachke Dikha. She has been a part of films like Gold and Made In China.

Weekend Special: How To Make Himachali Mutton Curry In Less Than An Hour

“This Is Gonna Be Great”

Meet Ajay Devgn As Bholaa. Release Date And Other Details In His Post