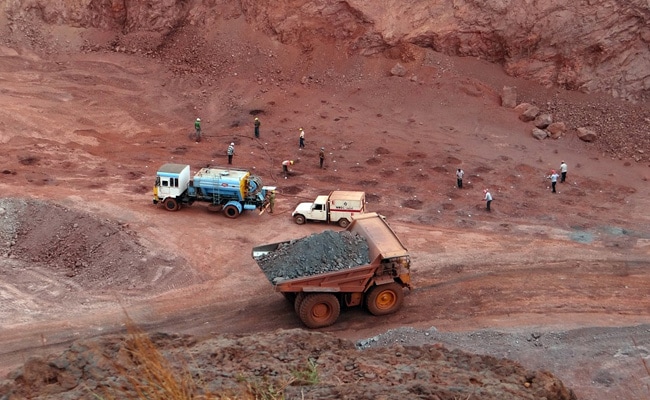 The mining official is currently posted in Barwani (Representational photo)

A court in Madhya Pradesh’s Ratlam sentenced a mining department official to judicial custody for demanding sexual favours from a woman five months ago, after her mine owner husband was found allegedly indulging in irregularities.

However, the official challenged the order in the sessions court, which granted bail to him on Wednesday.

In the incident that had occurred in May, the official had initially demanded Rs 25,000 bribe from the woman’s husband, but later sought sexual favours from her instead, a police official said.

“When his bail application came up for hearing on Tuesday, the court rejected it and sent him to judicial custody,” a police official said.

On Wednesday, the district and sessions court granted bail to him on a bond of Rs 25,000, following which he was released, a prosecution official said.

The mining official is currently posted in Barwani.

“When he was posted in Ujjain as in-charge of the flying squad, he had detected some irregularities in which the mine owner in Ratlam allegedly indulged. A case had been registered in that connection. The official then demanded Rs 25,000 bribe from the mine owner in May this year for settling the case against him,” the police official said.

“When the mine owner along with his wife and children reached a temple as decided earlier to hand over the money, the official asked him to get some water for him. When he went to fetch water, the official sought sexual favours from his wife, saying that he was ready to forego the bribe amount if his demand was met,” the official added.

When the woman’s husband returned, the accused again talked about the offer. However, the couple later approached the police and lodged a complaint against him.

Based on their complaint, a case of molestation was registered against him, the official said.

The accused had filed a bail application in the court. However, during the hearing on Tuesday, Judicial Magistrate First Class (JMFC) Jyoti Rathore rejected his plea and sent him to jail.

As per the order of the JMFC court, the police sent the official to jail, women’s police station in-charge Rajshri Sisodia said. But the accused official challenged the order in the sessions court, which released him on bail on Wednesday.

India To Continue Buying Oil From All Countries Including Russia: Official