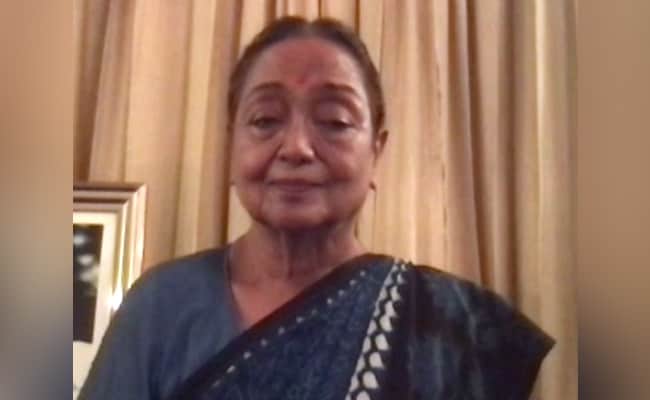 Amid the uproar over the death of a Dalit school boy in Rajasthan after being beaten up by a teacher, senior Congress leader Meira Kumar on Sunday stressed on completely eradicating the “illness” of caste system and adopting a “zero tolerance” approach against prejudice.

In an interview with PTI, the former Union minister also said one should not get into which particular regime or political party is responsible in the wake of incidents of atrocities on the basis of caste as it takes the focus away from the main question that the caste system must be abolished.

The former Lok Sabha speaker asserted that over the years the caste system has neither been diluted nor has been eradicated.

Her remarks come days after Indra Kumar (9) was beaten up by a teacher allegedly for touching a drinking water pot at a school in Rajasthan’s Jalore district on July 20.

He died during treatment in Ahmedabad earlier this month. The accused, Chail Singh, has been arrested.

The Congress government in Rajasthan is facing heat over the death of the Dalit school boy.

Asked if there has been lacuna on the part of the Congress government on the front of Dalit atrocities, Kumar said, “This is something everyone asks me. It is not that I am defending anybody or accusing anybody. I just want to say that yes the political class is responsible to some extent but the issue is social. Politics is a reflection of society.” “To say that this particular regime is responsible, this particular party is responsible and that it has happened in this state, these are the statistics, in other states statistics are different because the party there is different, we should not really get into all this because then it diverts attention from the main issue,” she said.

When people start talking about political angles then it dilutes the issue, said Meira Kumar.

Every time an atrocity takes place eventually it gets entangled into whose fault it is, the former minister of social justice and empowerment said.

Talking about ways to move forward on eradicating the caste system, Meira Kumar said there is a need for social will.

“Society must come forward. This is a problem rooted in religion so what are the religious leaders saying…the young people, they always want change, they should come forward. Women, they are mothers, they have a major role in shaping the attitude of the child right from the moment the child is born,” she said.

The Congress leader called for talking about “zero prejudice”.

Prejudice on the basis of caste, religion, skin colour, economic background needs to be done away with, said Meira Kumar who had recently tweeted and recalled that 100 years ago her father Babu Jagjivan Ram was prohibited from drinking water in school from the pitcher meant for Savarna Hindus.

Atrocities related to caste often lead to the “crippling of the soul”, she said.

Meira Kumar said incidents of physical harm were just symptoms while the “illness” was the caste system.

She said caste system is an illness and unless that goes, atrocities cannot stop. Attention has to be on completely eradicating the caste system, she added.

Asked about the coming to power of the Mahagathbandhan government in Bihar headed by JD(U)’s Nitish Kumar after he dumped the BJP to join hands with the RJD, the Congress and other parties, Meira Kumar said it was a “welcome” development and a “positive sign”.

“I hope this is followed in other states also,” the former MP from Bihar’s Sasaram said.

On suggestions from certain quarters that the Congress had gotten a raw deal with two ministerial berths in the Bihar government, she said, “I think we should examine the positive aspects of it. Be positive about it.” On whether the formation of the Mahagathbandhan government holds out hope for 2024 general elections, Meira Kumar said, “Yes. But one cannot be very categorical, we have to build on it. Give it time to strengthen it, nurture it, and then it will spread all over.” Asked if the Congress should be the fulcrum of an Opposition alliance to take on the BJP in 2024 general elections, she answered in the affirmative.

To a question on the buzz that Bihar Chief Minister Kumar could emerge as a prime ministerial candidate, the Congress leader said, “I have heard this from various quarters, let us see who is there, the Opposition has a number of stalwarts, at an appropriate time the parties will decide.” She also accused the Centre of indulging in “vendetta politics” with the Enforcement Directorate questioning a host of Opposition leaders, including Sonia Gandhi and Rahul Gandhi.

“When you are in the Opposition, there are so many charges against you, and so many who have shifted their loyalties from the Congress to the ruling party, suddenly they have no charges against them. We have seen this happening,” she said.

On the internal polls of the Congress to elect a new president, Meira Kumar said organisational elections are taking place and whatever the results would be acceptable to all.

She also said she would play whatever role is assigned to her by her party.

Bihar Boy, Declared Dead, Found Alive. Mother Battles To Get Him Back