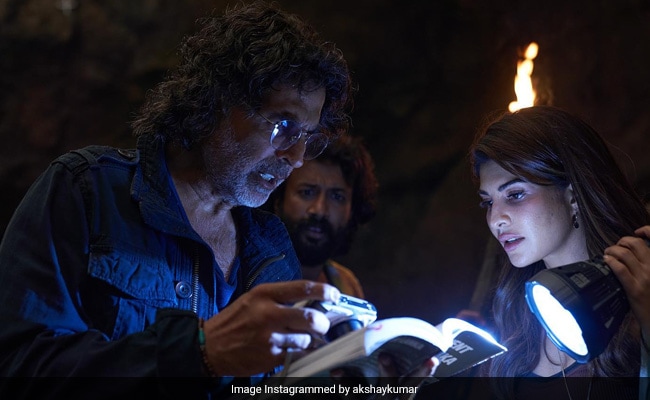 Ahead of the release of his upcoming filmRam Setu, Akshay Kumar has been introducing the other characters, one post at a time. After Nushrratt Bharuccha and Satyadev, Akshay Kumar has dedicated a post to Jacqueline Fernandez’s Dr Sandra Rebello. She is an environmental warrior. The actor shared a still from the movie on Wednesday. It features Jacqueline intriguingly looking at a book. Akshay is seen standing next to her, holding the book. The frame also features Satyadev. Sharing the picture, Akshay wrote, “Iss expedition par humari nidar saathi (our fearless companion on this expedition). Environmental warrior. Meet Dr Sandra Rebello.”

Directed by Abhishek Sharma, Ram Setu will release in cinemas on Tuesday, a day after Diwali.

Anushka Sharma And Virat Kohli, Twinning And Winning At Airport

Shehnaaz Gill Just “Had To” Dance With Vicky Kaushal To This Song. Watch