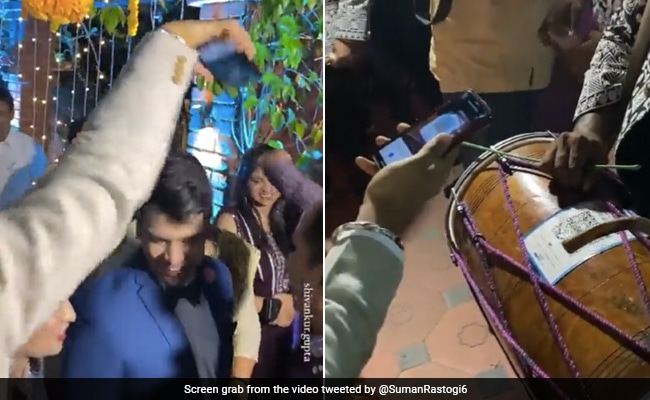 Digital payment apps are used by millions around the world to easily transfer money from one account to another. After COVID-19, it is normal to see people using QR codes to process payments. However, now, a man has taken things to next level as he offered shagun to the person playing the dhol through Paytm.

A video of the hilarious incident was shared on Twitter by user Suman Rastogi. The short clip showed the man swirling his phone around the groom’s head in a ritualistic manner and then proceeding to give money to the dholwala via Paytm.

How to use the technology, only Indians knew very well 😅😅 #KhudKiSunLe#BiharPoliticspic.twitter.com/Uc5J0UjFeB

The video was posted on August 10 and started gaining traction now. According to the caption, the incident took place in Bihar. “How to use technology, only Indians know very well,” read the post.

Since being shared, the video has garnered more than 264,000 views and over 6,000 likes. Internet users flooded the comment section with laughing emojis.

A user even wrote, “Indian culture mixed with the growing digital culture looks so good. Also speaks volumes about the flexibility and non-rigid nature of our vibrant Hindu culture.” “Indians applying modern solutions to modern problems! No more Cheena Chappti,” another said.

Meanwhile, speaking of innovative ideas, recently businessman Harsh Goenka shared a pharmacist’s unique wedding invitation. The wedding invite looked like the back side of a pack of tablets. However, contrary to the usual warning and ingredient list, it contained the details of the wedding time, date and the bride and groom’s names.

“Sounded Like He Found Himself In Quite A Dark Place”: Ricky Ponting On Virat Kohli