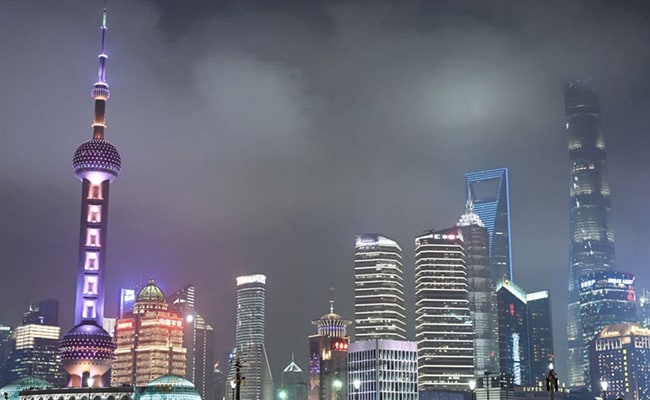 The Bund riverfront is the city’s most famous landmark. (Representational)

Multiple provinces have announced power cuts to cope with a surge in demand, driven partly by people cranking up the air conditioning to cope with temperatures as high as 45 degrees Celsius (113 degrees Fahrenheit).

China has been hit by extreme weather this summer, including record temperatures, flash floods and droughts — phenomena that scientists have warned are becoming more frequent and intense due to climate change.

To save power, Shanghai authorities said in a notice Sunday that they would switch off “landscape lighting” at the Bund, the city’s most famous landmark.

Ornamental lights, billboards and video screens on both sides of the Huangpu River would be turned off on Monday and Tuesday, according to the notice.

The heat wave has reduced stretches of the Yangtze River, China’s most vital inland waterway, to unprecedented drought levels, according to official data.

That has resulted in high pressure on hydroelectric plants that supply power to some of the country’s key economic zones.

They include Sichuan, where authorities on Sunday extended industrial power cuts and activated their highest level of emergency response to deal with the heatwave.

“Since July this year, the province faces the most extreme high temperatures, the lowest rainfall in the corresponding period in history… (and) the highest power load in history,” local authorities said.

Some of the world’s biggest automakers — including Japanese giant Toyota and Elon Musk’s Tesla — operate factories in Sichuan.

The province is also home to parts manufacturers that are crucial to global auto supply chains.

Many major factories were forced to halt work because of the Sichuan power cuts, which were supposed to end on Saturday but were extended to Thursday, Chinese news outlet Caixin reported.

Analysts have warned that Sichuan’s power cuts could have ripple effects on the wider Chinese economy and international supply chains.