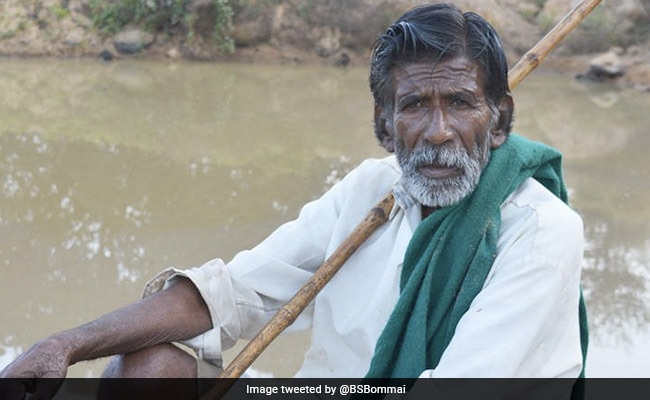 Kalmane Kamegowda, who was popularly known as “Pond Man of Karnataka”, died on Monday at the age of 86. He had earned praises from Prime Minister Narendra Modi for his efforts towards water conservation by constructing ponds. He built more than 17 ponds and planted over 2,000 trees in the barren hills near his village in Malavalli taluk in Karnataka’s Mandya district. Many animals and birds in the Malavalli region are said to have benefitted from these ponds.

In 2020, Prime Minister Narendra Modi recognised his efforts during his monthly edition of “Mann Ki Baat”. Lauding his efforts, he called him a “Water Warrior”.

“Kamegowda is an ordinary farmer with an extraordinary personality. He has achieved a personal feat that will leave anyone awestruck by digging 16 ponds through his hard work and the sweat of his brow. The entire area has got a new lease of life on account of these ponds,” PM Modi had said.

Mr Kamegowda was given the Karnataka Rajyotsava Award in 2018 and the Karnataka State Road Transport Corporation (KSRTC) handed him a lifetime free pass.

Karnataka Chief Minister Basavaraj Bommai paid his tributes on Twitter. “It was very sad to hear the news of the demise of Kamegowda, the water sage of Dasanadoddy in Malavalli taluk of Mandya district, who was involved in water conservation and built more than 15 ponds and became known as modern Bhagirath,” he tweeted. 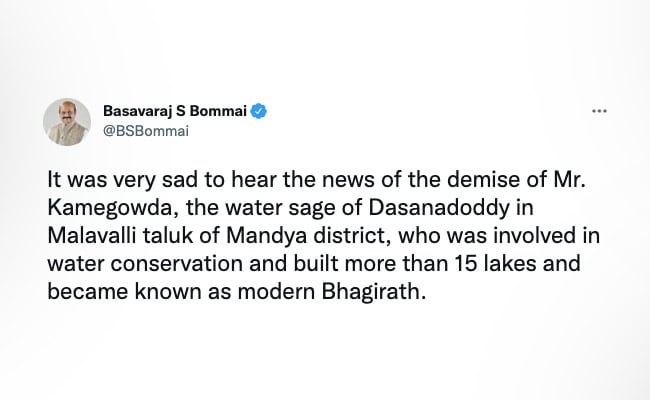 Katrina Kaif "Had A Lot To Say"