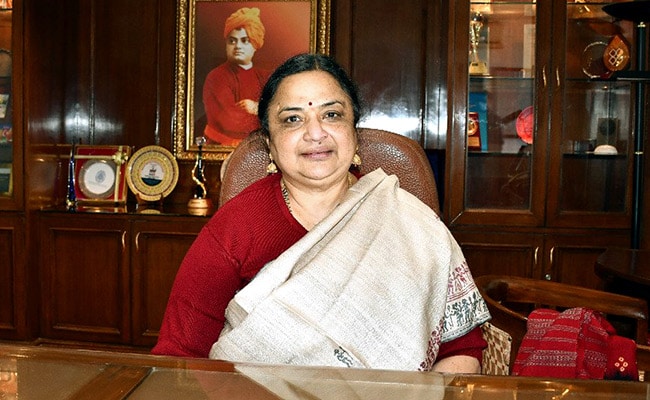 The Jawaharlal Nehru University is planning to set up a centre to study the 1947 partition in depth to fill the historical gaps, Vice Chancellor Santishree Dhulipudi Pandit said on Sunday.

The varsity will send a proposal in this regard to the University Grants Commission (UGC) and the Ministry of Education (MoE).

The centre will mainly focus on research around the partition so as to highlight the stories of common people who were affected by it while also highlighting the “horrors” of the division, the VC said.

The university will also introduce new courses regarding the same. The centre will help in the study of the refugees and the situation where people had to migrate involuntarily, Ms Santishree told Press Trust of India.

The university is planning to set up the centre under the School of International Studies because it envisions studying the impact of partition on the whole of South Asia.

“Higher Education institutions should fill up the gaps in history. Putting up exhibitions is good but they are temporary. So we suggested that as a contribution, JNU should have a special centre on partition studies. It will help in filling the gaps about the events,” Ms Santishree said.

“We want to bring out the knowledge of the ordinary people. We need to study the letters written by people who experienced the partition,” she said, adding that it will also help in “refugee studies” by imparting more knowledge about the situation where people are pushed to relocate.

The varsity is planning to name the centre after the first home minister of India — Sardar Vallabhbhai Patel or Jan Sangh founder Dr Shyama Prasad Mukherjee, the VC informed, adding, “Both of them took a very different stand on the partition. It was one of the violent partitions. People have suffered.”

Recently, Delhi University also announced to set up a research centre to promote the study of India’s freedom movement and the following partition.

It has also constituted a seven-member committee, headed by DU Director (South Campus) Prakash Singh, to provide suggestions to develop the centre.

Speaking to PTI, Mr Singh said there has been a dearth of study material regarding the freedom struggle and the contribution of unsung heroes, adding that courses at the university do not teach about that period in depth.