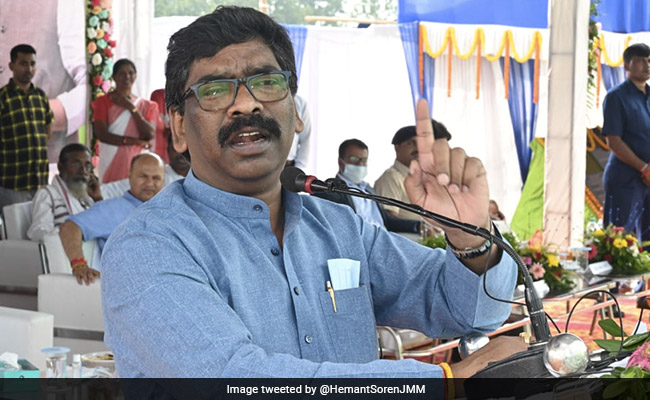 Hemant Soren has been asked by the probe agency to join the investigation tomorrow. (File)

Jharkhand Chief Minister Hemant Soren has been summoned by the Enforcement Directorate in a money laundering probe linked to an alleged mining scam in the state.

Hemant Soren has been asked by the probe agency to join the investigation tomorrow at its regional office in Ranchi.

The ED had earlier arrested the Chief Minister’s aide Pankaj Mishra and two others in the case. The arrest was made after the probe agency carried out statewide raids in July and seized Rs 11.88 crore from the bank accounts of Mr Mishra.

In its chargesheet, the ED claimed that Pankaj Mishra, the political representative of Hemant Soren, “controls” illegal mining business in the Chief Minister’s assembly constituency Barhait through his accomplices.

The chargesheet was filed against Pankaj Mishra and two of his aides – Bachhu Yadav and Prem Prakash.

Buy or Sell: Buy or Sell: Stock ideas by experts for November 02, 2022 - The Economic Times Video

Pune Woman Gets Her Lover “Married” To Her 15-Year-Old Daughter; Arrested