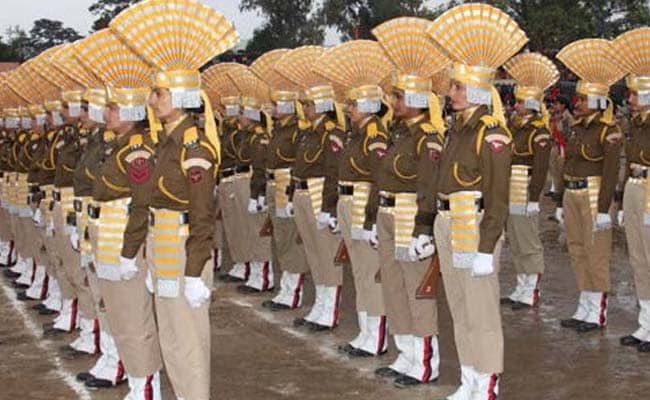 An order cancelling the recruitment process of police sub-inspectors and junior engineers in Jammu and Kashmir over exams being conducted by a blacklisted agency has been put on hold by the High Court.

Overruling a single-judge bench of the same court, two judges allowed the J&K Service Selection Board to go ahead with exams, but stopped it from declaring results till further orders.

On Thursday, the single-judge bench of the High Court pulled up the Jammu and Kashmir administration for allotting a contract to a tainted agency to conduct exams.

The court said the decision to award the contract to M/s Aptech Limited – a blacklisted agency – is “malafide” and that the private agency had received an undue favour.

“In the present case, a blacklisted agency has been allowed to compete in the tendering process and the commercial interest has outweighed the public interest,” the court had said.

In its order, the court referred to the involvement of Aptech in malpractices in recruitment exams in the power department in Uttar Pradesh; police recruitment in Rajasthan and the irrigation department in Assam.

It also mentioned a Delhi High Court order imposing a penalty of Rs 10 lakh on the controversial agency for alleged malpractices.

“I completely agree with a view taken by Delhi High Court… that organisations resorting to, or permitting malpractice at an institutional level should be kept at bay,” the judgment by Justice Waseem Nargal said.

Today, a Division Bench of justice Vinod Chatterji Koul and Justice Sindhu Sharma put the order on hold after the Jammu and Kashmir administration challenged it.

More than one lakh candidates appeared for the exams conducted by the J&K Service Selection Board (JKSSB). This was the second time in the last six months that recruitment exams for police sub-inspectors and junior engineers were cancelled following allegations of corruption and malpractice.

The aspirants say they are not sure what will be the fate of the recruitment process, since the results of the exams are now subject to the outcome of court orders.

“We appeal to the Lt Governor to intervene and save our future,” said an aspirant.

The JKSSB is under the scanner and facing multiple investigations by the CBI after allegations of malpractice in recruitment exams.

The CBI has arrested over a dozen accused, including a commandant of the Border Security Force, for their alleged involvement in the police sub-inspector recruitment scam.

According to CBI investigations, police sub-inspector posts were sold for Rs 20 to 30 lakh during police recruitment exams.

As many as 1,200 candidates were selected for the post of police sub-inspectors, 1,300 as junior engineers and about 1,000 as Finance Account Assistants. The selection lists were scrapped after massive protests by candidates in Jammu and Kashmir.

Over the last two years, recruitment in government departments has suffered a huge jolt in Jammu and Kashmir as multiple recruitment processes have come under scrutiny for alleged malpractices and corruption.

But soon after the fresh exams started, the court order on Thursday came as a huge indictment of the administration and a setback for thousands of job aspirants.

A petition was filed by some job aspirants, challenging the decision of awarding contracts to an agency that was blacklisted and accused of corruption and manipulation of recruitment exams.

The single-judge bench of the court had also directed the government to constitute a panel headed by a retired High Court judge to probe the conduct of the JKSSB for “brazen irregularities/ illegalities in changing the terms/conditions of the tender and award contract to an agency which has previously facilitated malpractices in public examinations.”

The court said, “Appropriate action should be initiated against those found guilty”.

The court even said the functioning of the Jammu and Kashmir Service Selection Board “does not inspire confidence in holding public examinations”.

In June, thousands of job aspirants held massive protests in Jammu alleging brazen manipulation of a merit list in police sub-inspector exams. Subsequently, other exams also came under scanner, forcing the government to cancel the selection lists and order a CBI probe.

This was the first major recruitment process in government after Jammu and Kashmir was stripped of its statehood and special status in 2019.

Odisha Boy Tries To Kill Himself, Was Made To Do Sit-Ups As "Punishment"

As Sonia Gandhi Hands Over Congress Charge To Mallikarjun Kharge, Rahul Gandhi’s Says He is Proud To Be Her Son