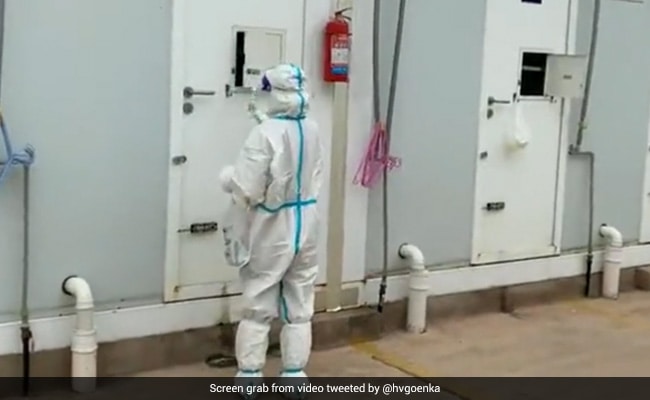 The post triggered curiosity among many who came up with their queries.

Industrialist Harsh Goenka is known for coming up with interesting videos, facts, and trivia in his Twitter posts. This time, he shared a video of what he claimed was a Covid isolation ward in China. Mr. Goenka’s tweet featured a video of China’s Covid isolation camp, which looks like a prison.

“If you are wondering if it’s a prison-no, it’s a Covid isolation ward in China!” his tweet reads.

If you are wondering if it’s a prison- no, it’s a COVID isolation ward in China! pic.twitter.com/3SSnCI4dfi

The tweet was originally posted by the handle “Wall Street Silver,” which shared it with a caption, “Life inside the China Covid isolation camps. There are reports of women with children, even pregnant women, being locked up here. Is this really about Covid? Or is it just about control? “

Many people asked questions in response to the post because it sparked their curiosity, and other people had startling reactions.

One curious twitter user commented that, “What is it the these guys know that no one else seems to know… I don’t see any other reason for them going to such extremes to isolate people… something is really fishy. “

Expressing worry about the rising cases of Covid in China, a user reacted, “It’s concerning that even after strict isolation, cases are on the rise in China.”

Some of the users reacted in the comment section with “OMG” remarks.

Another user expressed concern about the situation, writing, “It appears as if there is some new more dangerous disease in China and they are giving the name of Covid.”