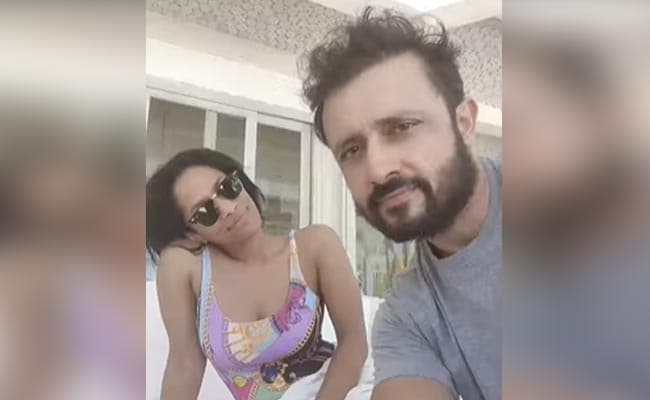 Masaba Gupta is having the time of her life as she is holidaying with her rumoured boyfriend Satyadeep Misra in the Maldives. Recently, the designer shared new pictures from the island nation, offering a glimpse of her beach day. The first image is of Masaba posing in multicoloured swimwear, while in the other image she can be seen in the middle of the sea. In the third image, she is doing yoga amid the breathtaking view. Sharing the post, she wrote, “Swinging into the horizon”. Satyadeep Misra has also shared a reel on his Instagram handle, featuring him and Masaba with their friends.

Earlier, Masaba shared a video in which she, along with Satyadeep and friends, went snorkelling in the Maldives. In the caption, she wrote, “Saw a black tip reef shark & a 100 million colors underneath & a great marine biologist with us leading the way.”

Here have a look at more pictures from Masaba Gupta’s Maldives diaries:

Satyadeep and Masaba have been dating for a while now, but they are yet to officialy confirm their relationship. Previously, Masaba was married to Madhu Mantena, while Satyadeep was married to actress Aditi Rao Hydari.

Meanwhile, on the work front, Masaba was last seen in the second season of Masaba Masaba, co-starring her mother and veteran actress Neena Gupta. On the other hand, Satyadeep will be next seen in Vikram Vedha, starring Saif Ali Khan and Hrithik Roshan. The movie is slated to release on September 30.