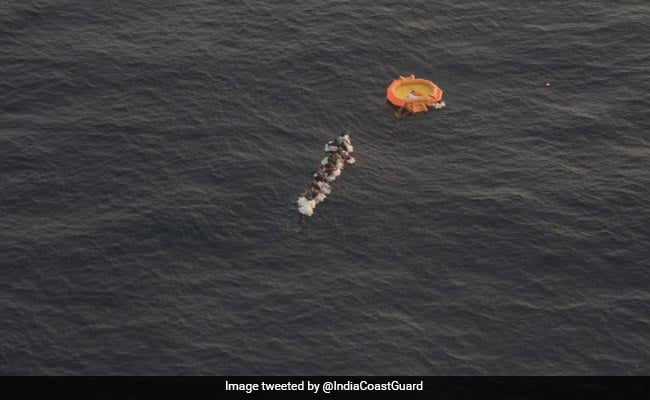 The fishermen were rescued and subsequently handed over to the Bangladesh.

In a swift operation, the Indian Coast Guard (ICG) rescued 20 Bangladeshi fishermen from the sea off Sagar Island near the Indo-Bangladesh international maritime border line after their boats had capsized, the defence ministry said on Wednesday.

The fishermen were rescued on Tuesday and subsequently handed over to the Bangladesh Coast Guard.

The ICG launched its Dornier aircraft post-landfall of the cyclone to sanitize the area close to the coast off Odisha and West Bengal and to assist the mariners affected by the storm.

“During the surveillance sortie, ICG Dornier aircraft sighted approximately 20 people in the water about 90 nautical miles from the IMBL (Indo-Bangladesh international maritime borderline),” the ministry said.

“The survivors were clinging onto the floats and debris from the sunken fishing boat. ICG dropped the life raft in the vicinity and remained in the area till survivors embarked on the life raft,” it said in a statement.

It said the ICG aircraft diverted merchant vessel ‘Nanta Bhum’, which was in the vicinity during its passage from Port Klang in Malaysia to Kolkata, directing it to pick up the 20 people from the life raft dropped by it.

“Coast Guard ships Vijaya, Varad and C-426 were diverted to augment search and rescue efforts and sanitise the area,” the ministry said.

The Bangladeshi fishermen were subsequently taken by ICG Ship Vijaya.

Kerala Family Received Abusive Texts, Had Weird Occurrences, Culprit Turned Out To Be…

“Hand Over CBI To Me For 1 Day, Half Of BJP Will Be In Jail”: Arvind Kejriwal