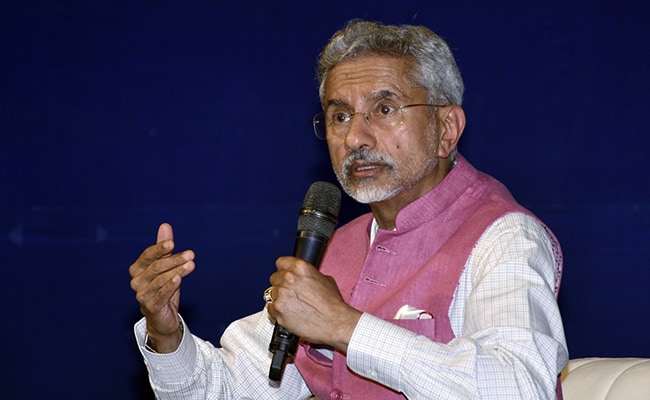 India will always stand with the Global South and seek to strengthen the UN’s effectiveness, said External Affairs Minister S Jaishankar on Monday on the annual commemorative day celebrating the creation of the United Nations.

“India’s ongoing tenure as the member of the UNSC has reflected our principled approach of promoting dialogue and diplomacy to meet contemporary challenges. India will always stand with the Global South and seek to strengthen the UN’s effectiveness,” he said.

“Our focus on reformed multilateralism, rule of law, and a fair and equitable international system is aimed at ensuring UN’s continued relevance,” he added.

As the UN’s founding member, Mr Jaishankar said India remains committed to its purposes and principles. “Our contributions to implementing the goals of the Charter are a reflection of this commitment.”

During his 11-day US visit last month, the external affairs minister articulated both infringements of India’s core interests as well as issues of pressing global concern including the long impending UN reforms.

“I think it’s a collective effort that members of the UN have to make and we have been pressing the reform effort,” he said while addressing a press conference in Washington.

United Nations Day, on October 24, marks the anniversary of the entry into force in 1945 of the UN Charter. With the ratification of this founding document by the majority of its signatories, including the five permanent members of the Security Council, the United Nations officially came into being.

There is no other global organization with the legitimacy, convening power and normative impact of the United Nations. No other global organization gives hope to so many people for a better world and can deliver the future we want. “Today, the urgency for all countries to come together, to fulfil the promise of the nations united, has rarely been greater,” the message on UN website read.

UN Day, celebrated every year, offers the opportunity to amplify our common agenda and reaffirm the purposes and principles of the UN Charter that have guided us for the past 77 years.

Winter Session Of Parliament To Begin On December 7