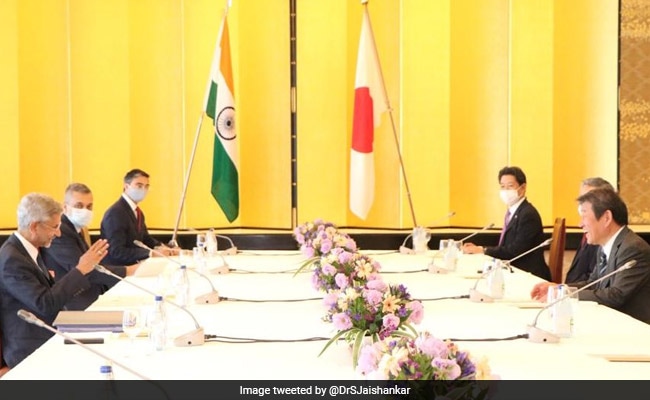 According to a report, the 2+2 talks between India and Japan may take place in Tokyo. (File)

Japan will start preparations to hold ‘two-plus-two’ talks between its foreign and defence ministers and their Indian counterparts as soon as early September, the Nikkei reported on Thursday.

Japan is preparing to host the diplomatic talks in Tokyo, the report said.

The only other time the ‘two-plus-two’ talks between Japan and India took place was in 2019, when the two countries adopted a joint statement saying they will conduct coordinated military drills, according to the Nikkei.

Ashok Gehlot Asked Vice President Jagdeep Dhankhar “What Magic Did You Do On Mamata Banerjee?”