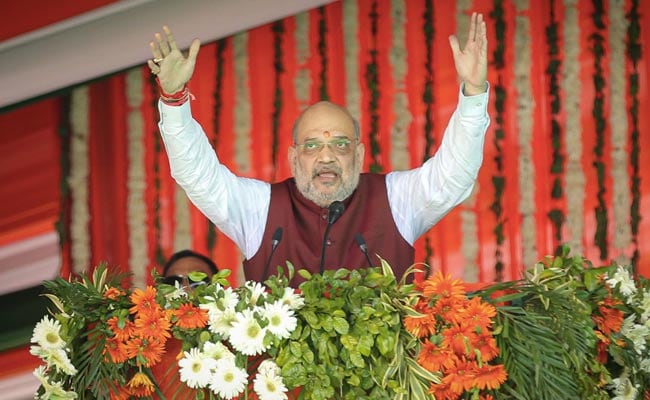 Amit Shah will be addressing a meeting on drug trafficking and national security in Gandhinagar. (File)

Over 12,000 kilograms of seized drugs will be destroyed in the presence of Union Home Minister Amit Shah in Gujarat on Wednesday evening, sources told ANI. The Union Home Minister will be addressing a meeting on drug trafficking and national security in Gandhinagar.

A total of 12,438.96 kg of seized drugs valued at Rs 632.68 crores will be destroyed. The meeting will be attended by chief ministers, deputy chief ministers and administrators from Goa, Gujarat, Maharashtra, Madhya Pradesh, Rajasthan, Dadra & Nagar Haveli and Daman & Diu, sources said.

To mark India’s 75th year of independence, the Narcotics Control Bureau (NCB) has decided to destroy at least 75,000 kg of confiscated drugs in 75 days.

The home minister had started this mission by destroying more than 31,000 kg of drugs on July 30 this year in Chandigarh. Two weeks ago, 40,000 kg of drugs and narcotic substances were destroyed in Guwahati in Mr Shah’s presence.

This target was achieved within 60 days. So far more than one lakh kg of drugs and narcotics have been destroyed.

Bihar Civic Body Elections To Be Held On December 18, 20