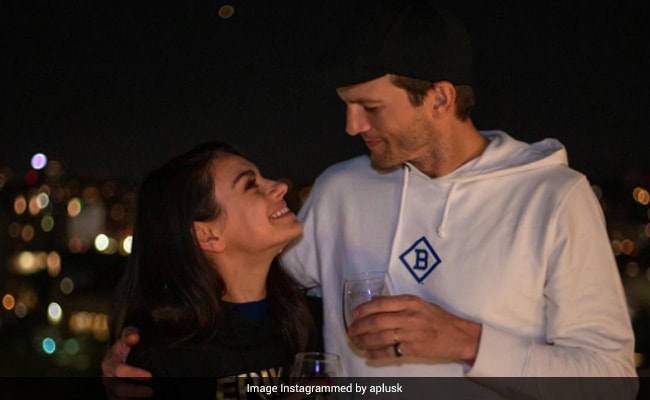 Hollywood actor Ashton Kutcher recently shed some light on the moment he told his wife Mila Kunis that he loves her, revealing he was very drunk at the time. According to Fox News, a clip of an upcoming episode of Kutcher’s new marathon training series was released by Peloton, in which he admitted to the episode’s guest, country singer Kenny Chesney, that he played a big role in the milestone moment between him and his wife. Ashton spoke about the night he told Mila he loves her for the first time, he had been listening to Chesney’s song, You and Tequila. He also admitted he “might have had a little too much tequila.”

“I showed up drunk at her house, at like two in the morning, and I just started screaming, ‘You and tequila make me crazy’ and I told her I love her, and she’s like, ‘Don’t say it if you don’t mean it. Are you gonna love me in the morning when you wake up from this hangover?'” Ashton said.

He remembers waking up the next morning feeling the same way about Mila as he did the night before and confirming his feelings to her, reported Fox News

Mila and Ashton met back in 1998 when they were both cast in That 70s Show as love interests to one another’s characters. Their relationship, however, did not start until nearly 15 years later. When filming began on the show, Mila was only 15 years old, while Ashton was already in his 20s.

While the show was filming, Ashton began dating actress Demi Moore and Mila got together with actor Macaulay Culkin in 2002. Both their relationships lasted for quite a few years but began to fall apart around the same time in 2011.

As per Fox News, not long after they announced their separation, Mila and Ashton were spotted together in 2012 and confirmed to have started a relationship. The couple got married in 2015 and have two children together, a daughter named Wyatt and a son named Dimitri.

Detox Drink: How To Make Cumin-Coriander-Cardamom Tea To Keep Bloating At Bay

Shanaya Kapoor Says “There Is A Shade Of Blue For Every Girl.” BFF Suhana Khan Reacts

Inside Mouni Roy’s Doha Vacation. See What She Posted