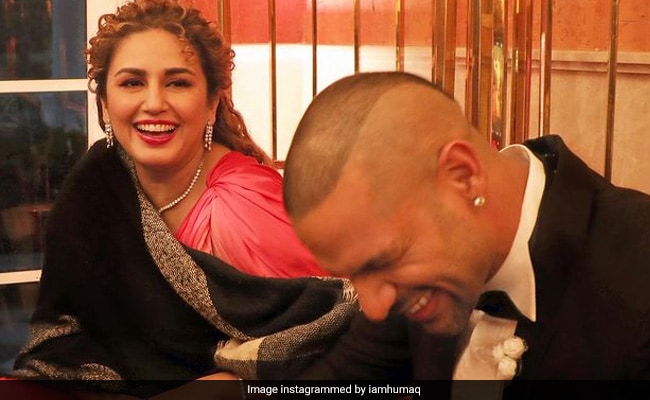 Cricketer Shikhar Dhawan’s cameo appearance in the trailer of Double XL was a surprise for many for sure. The film features Huma Qureshi and Sonakshi Sinha in the lead roles. The trailer begins with a scene of Huma Qureshi (an aspiring sports journalist) dreaming of dancing with Shikhar Dhawan. In a recent interview with Hindustan Times, Double XL director Satram Ramani revealed that it was Huma Qureshi’s brother and actor Saqib Saleem who convinced Shikhar Dhawan to do a cameo in the film. “Saqib actually made a call to him and he was pretty open to it. He actually was convinced about the film’s idea and he said, ‘this film should be made’. That is the reason he supported us. He was kind enough for a one-day shoot and said, ‘I’m there for you guys’,” Satram Ramani told Hindustan Times.

Huma Qureshi, earlier this month, shared a few film stills as well as behind-the-scene moments of herself with Shikhar Dhawan on her Instagram profile and she wrote: “Cat is out of the bag …. Finally Shikhar Dhawan #DoubleXL.”

The film is slated to release on November 4.

Karisma Kapoor Went To A Wedding In Monaco. It Was A Mini Fam-Jam