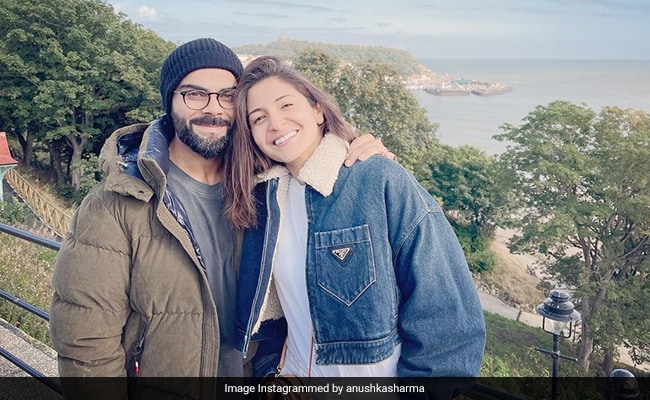 A recent video of Virat Kohli video calling wife and actress Anushka Sharma while the cricketer is seated in the team India bus is going viral. In the video, the cricketer is seen turning his phone screen towards fans stationed outside the bus window as they cheer for him. The video, curated by several fan pages dedicated to the star couple, shared the video on social media and it is spreading like wildfire. Anushka Sharma married cricketer Virat Kohli in 2017 in an intimate ceremony in Italy after dating for many years. They welcomed daughter Vamika in January last year.

@imVkohli In Video Call With @AnushkaSharma While Returning From Match And Shows It To Fans #Virushka#INDvSApic.twitter.com/YRVLNwZCiq

Anushka Sharma is currently in London for the shooting for her film Chakda Xpress . She shared this picture from the sets of the film and wrote: ‘Getting into her shoes and recreating the journey.”

Sharing another BTS from the film, the actress wrote: “A moment from a story that needs to be told.”

The actress, who was last seen in the 2018 film Zero, co-starring Shah Rukh Khan and Katrina Kaif, was busy as a producer in the last few years. Anushka Sharma is the star of films like Rab Ne Bana Di Jodi, PK, Band Baaja Baaraat, Sultan and Ae Dil Hai Mushki, to name a few. Anushka Sharma will next be seen in Chakda Xpress.

Anushka Sharma will next be seen in Chakda Xpress, her first project after the birth of daughter Vamika, who she welcomed in 2021. The film is based on the life of Jhulan Goswami.

A Timeline Of Their Romance

When Asked About Pregnancy Rumours, Rakhi Sawant Said This