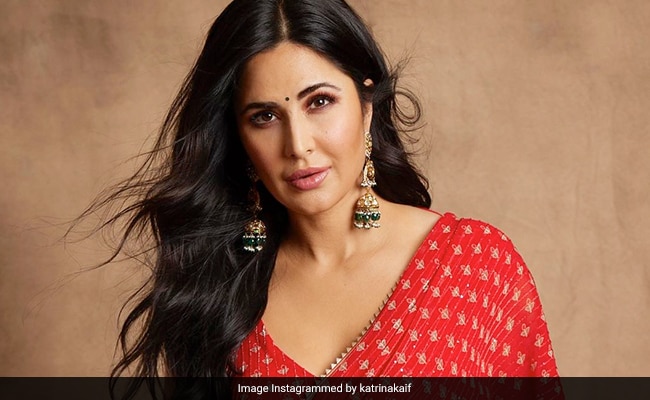 Diwali festivities have started in the B-Town and Katrina Kaif, who recently celebrated her first Karwa Chauth, chose a bright red lehenga to mark the celebration of her first Diwali after marriage. Katrina, who attended film producer Ramesh Taurani’s Diwali party on Wednesday night with her husband Vicky Kaushal, painted the town red by wearing a beautiful red lehenga. While her pictures from the festivities are already doing rounds on social media, the actor on Thursday shared a few pictures of herself and wrote, “Diwali Shuru” (Diwali begins).

Katrina’s post was soon flooded with likes and comments from her fans. One of her fans commented, “Looking mesmerising”, while another one wrote, “Beautiful as always.” Most of her fans were in awe of her look.

Check out her pictures here:

Katrina’s husband, Vicky Kaushal, too shared his look from last night on his Instagram handle. Sharing a few pictures of himself, the actor wrote, “About last night.”

Check out his pictures here:

In the last few days, this is the second time when Katrina shared her ethnic look. For her first Karwa Chauth celebrations with her husband Vicky Kaushal, Katrina chose another red saree and posted a couple of pictures from the festivities on her Instagram handle.

Katrina Kaif will be soon seen in Gurmmeet Singh’s Phone Bhoot, also starring Siddhant Chaturvedi and Ishaan Khatter in the lead roles. The film is set to release on November 4.

The actor will also be seen in Sriram Raghavan’s Merry ChristmasTiger 3?,>, which is scheduled for Diwali 2023.

Kriti Sanon Is Busy Exploring France With Her Parents And Sister Nupur In The New Post. Watch

Please Don’t Disturb Ajay Devgn, He’s In The “Middle Of Something Important”

What Sushmita Sen Posted After Gifting Herself A Swanky New Mercedes