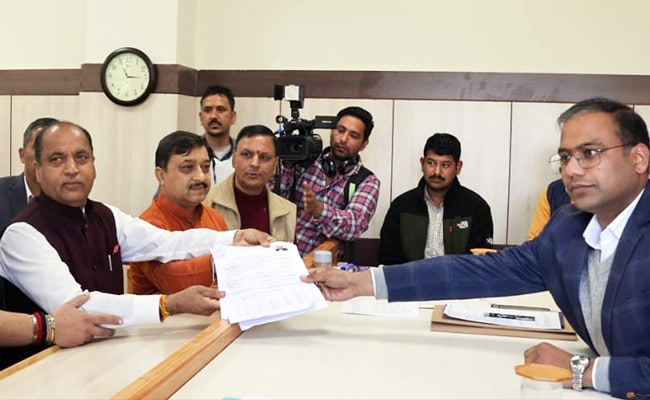 The BJP released the first list of 62 candidates on Wednesday. (File)

Himachal Pradesh Chief Minister Jai Ram Thakur on Wednesday filed his nomination from his traditional seat of Seraj in Mandi district for the assembly polls in the state.

After filing his nomination, Jai Ram Thakur sought the support of the people and said the residents of Seraj will again create history.

The BJP released the first list of 62 candidates on Wednesday.

The Chief Minister has expressed confidence that BJP will emerge victorious in the next month’s assembly polls and said that the state has seen development in every sector over the past five years.

He said the party will run a strong campaign in the state.

“You will see a strong election campaign by BJP in the state and we will win the polls,” the Chief Minister had told ANI.

Himachal Pradesh will go to the polls on November 12. The state has 68 assembly seats.