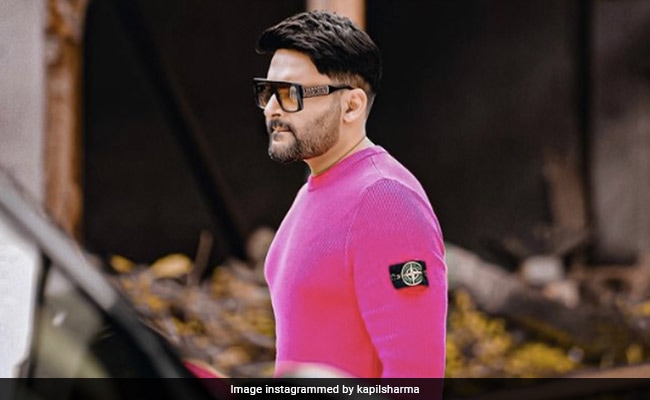 Kapil Sharma’s social media timeline is bound to make you giggle. The actor-comedian is as funny off-screen as he is in his shows and films. Proving this yet again, Kapil Sharma shared a hilarious post on Instagram, this time to catch actress Tamannaah Bhatia‘s attention, as per his caption. In the photo, the celebrated comedian is dressed in a bright pink T-shirt. Tagging Tamannaah Bhatia in the caption and the post, he said, “I just googled it. Are you reading, Tamannaah,” and added: “Can boys wear pink? Yes, you read that right, real men wear pink. Pink is a masculine and cool colour for guys unknown to many, historically, pink wasn’t always a feminine colour. in the 18th century, for instance, men were known to wear pink silk suits that had floral… men wear pink and it does not diminish your manliness. 28-Mar-2021.”

If you are wondering why Kapil Sharma is drawing Tamannaah Bhatia’s attention to his pink ensemble, you need to take a look at the Baahubali actress’ latest Instagram post. In it, the actress – dressed in a blush pink power suit – has written in the caption: “Missing Melbourne big pink time,” with the word “big” struck out.

When Kapil Sharma is not making us all smile with his antics, he is busy breaking barriers as an actor. The actor’s new film Zwigato is all set to have its world premiere at the prestigious Toronto International Film Festival. Sharing the happy news, Kapil Sharma posted on Instagram: “Applause Entertainment and Nandita Das Initiatives are proud to announce that our film Zwigato, written and directed by Nandita Das, starring Kapil Sharma and Shahana Goswami, will have its world premiere at the prestigious 47th Toronto International Film Festival [TIFF] 2022 in the ‘Contemporary World Cinema’ section.”

On the work front, Kapil Sharma will also soon be returning with the latest season of his superhit comedy show The Kapil Sharma Show

“Raha Kapoor, Can I Hold You?”

Shilpa Shetty’s Workout Video Is All The Monday Motivation You Need. Watch