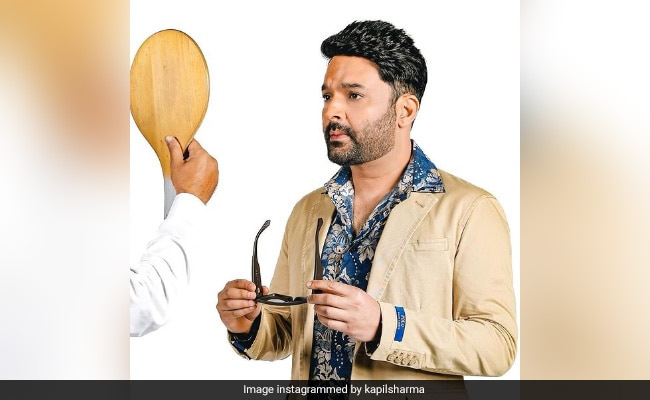 Just like all of us, Kapil Sharma also gets confused when changing his Instagram profile picture. This time, he asked his fans to help him out. The comedian, on Thursday, shared a couple of snaps of himself from a photoshoot. He was styled by none other than his wife Ginni Chatrath. Kapil Sharma wore a floral print shirt and black jeans with a light brown jacket and a pair of shades for the photoshoot. In the first image, he is seen getting ready for the shoot while in others, he looks dashing posing for the camera. “Which picture should be my profile picture on Instagram? Here are your options,” Kapil wrote in the caption. He was spotted wearing the same outfit in the Vikram Vedha-special episode of The Kapil Sharma Show.

Minutes after Kapil Sharma posted, friends and fans began selecting the best picture for his Instagram profile. Actress Vaishali Takkar wrote: “1st one.” For one fan, the “second slide looked much better” while another went for the “4th one.”

Take a look at pictures of Kapil Sharma here and tell us which one is your favourite in the comments section:

Kapil Sharma was in Busan recently for the premiere of his film Zwigato. It has been directed by Nandita Das and co-written by Samir Patil and Nandita. A couple of days ago, he shared these photos from Busan International Film Festival, featuring the director, co-star Shahana Goswami and wife Ginni Chatrath. His caption read: “Gangs of Busan.”

The actor also summed up his Busan International Film Festival journey with this clip. “Thank you Busan for all the love. Going back with all the beautiful memories,” he wrote.

Kapil Sharma, who hosts his own comedy show, made his acting debut in Bollywood with Kis Kisko Pyaar Karoon. It was released in 2015. He has also starred in films like Tubelight and Firangi.

Trending: Shehnaaz Gill Dedicates Her Award To Late Actor Sidharth Shukla: “This Is For You”