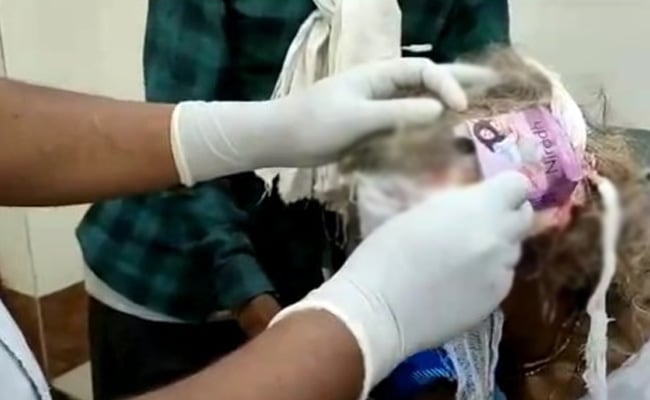 When a doctor at Morena District Hospital in Madhya Pradesh began to change the dressing of a woman’s head injury, little did he know that he would find a condom wrapper in it.

Along with cotton, a condom wrapper was tied on the woman’s head, as a form of temporary bandage, to stop bleeding caused by a head injury in Porsa Community Health Centre in Morena.

The shocking incident came to light when owing to the severity of the woman’s injury she was referred to the district hospital in Morena, where the wound was treated.

“The woman came from Dharmgarh. Dr Dharmendra Rajpoot was on emergency duty and ward boy was  Anant Ram. Dr Dharmendra instructed the ward boy to keep some card board like material over the cotton pad but he kept a packet of condom,” Chief Medical Health Officer Dr Rakesh Mishra said.

The woman has been identified as Reshma Bai.

Dresser from the Porsa Community Health Centre has been suspended by the state health department, officials said.

“We are finding whether she has been referred from a private of government hospital will take action against the people involved,” Additional District Magistrate Narrottam Bhagrav said.

Further investigation in the matter is underway, officials added.

Nitish Kumar’s Appeal To Sukhbir Badal For 2024, And His Reaction

On Camera, Artiste Collapses On Stage During Performance In Jammu, Dies