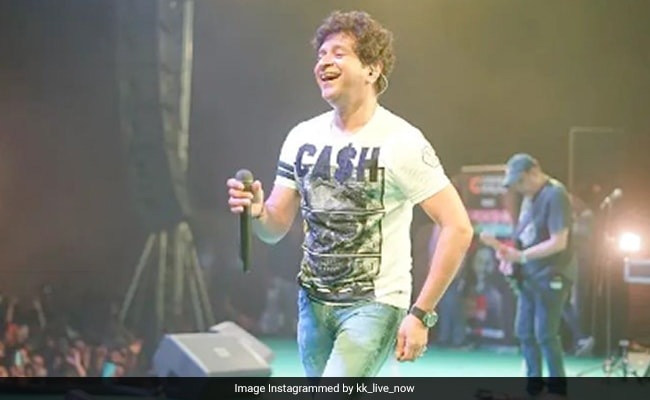 Krishnakumar Kunnath, known fondly as KK among his fans, needs no introduction. The singer, who died in May just hours after performing at a concert in Kolkata, has left behind an unparalleled body of work in the world of music. In a career that spanned over two-decades, KK sang across languages such as Hindi, Tamil, Telugu, Kannada, Malayalam, Marathi and Bengali. From jubilant tracks to melancholic melodies, KK, who would have been 54 today, has impressed music listeners countless times. With the ease of a maestro and the energy of a newcomer, KK crafted a discography that features several gems. On his birth anniversary, we are looking at 5 of his moved-loved songs to celebrate the singer’s legacy.

This song from his eponymous debut album in 1999 put KK on the map. The track that is infused with nostalgia and warmth is a celebration of life and was also one of the last songs that he performed at his final concert. It has remained a fan favourite till date and given how KK has sung the number, this comes as no surprise.

Tadap Tadap was the song that declared to Bollywood – and the world –  that KK was a voice that was here to stay. With Tadap Tadap, KK managed to channel the pathos that forms the basis of the Sanjay Leela Bhansali classic. The song, a masterclass in KK’s technical prowess as a singer, remains one of his most popular numbers.

KK for long remained the undoubted pick for most romantic numbers. And in Aankhon Mein Teri, his mellifluous voice found the perfect face in “King of Romance” Shah Rukh Khan. Aankhon Mein Teri is a constant on any Bollywood romantic playlist and for good reason.

Another romantic track that has gained cult status thanks to KK’s rendition is this 2006 song from Woh Lamhe. The song is a celebration of love and all its myriad hues.

Alvida from Anurag Basu’s Life In A Metro is another number that is sure to tug at one’s heartstrings. The song has KK at his melodious best, infusing life into words that describe the pain of love and separation. Alvida is also proof that no one can make pathos sound as beautiful as KK did.

Tell us your favourite KK song from the list.

Nothing Gets Between Shilpa Shetty And Yoga, Not Even A Broken Leg

This Pic Of Esha Gupta In The Gym Has LOL Backstory

Akshay Kumar, Notorious Prankster, Helped Rakul Preet Over A Puddle. And Then…