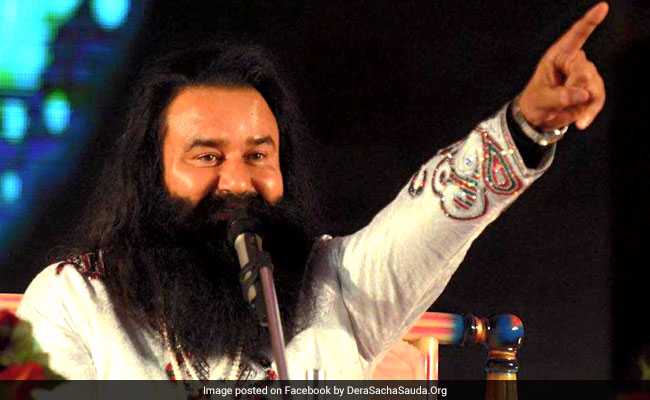 Sentenced to 20 years in prison for rape and murder, religious leader Gurmeet Ram Rahim Singh hosted a virtual ‘satsang’ event on Wednesday, counting many politicians, including the mayor of Haryana’s Karnal and several leaders of the ruling BJP, among guests.

The Dera Sacha Sauda chief, who was convicted in 2017, was granted a 40-day parole last week following an application filed by his family. He hosted the satsang from Uttar Pradesh’s Baghpat.

Earlier, the Dera chief had come out of prison on a month-long parole in June. Before that, he was granted three weeks’ furlough in February.

Alleging that the influential spiritual leader was granted parole to influence next month’s by-election and panchayat polls in Haryana, the opposition attacked the BJP over its leaders participating in Ram Rahim’s event.

“I was invited to the satsang by the ‘sadh sangat’. Online satsang was done from UP. Many people in my ward are associated with Baba. We reached the program from social connection, and it has nothing to do with the Bharatiya Janata Party and the upcoming bypoll,” Mr Kumar was quoted as saying.

Asked whether he wanted Ram Rahim’s blessings to win the election, Mr Kumar said only the public decides who wins elections. “It is necessary to have the blessings of the people,” he said.

He said all convicts had the right to request parole, and there was no special treatment for the religious leader who has lakhs of followers in the state.

“He may have taken parole for the festival of Diwali, and we should not equate it with elections,” he added.

Haryana is set to hold the by-election to the Adampur assembly seat on November 3. Nine districts of the state will also hold panchayat elections on November 9 and 12.

Ram Rahim is serving a 20-year jail term for raping two women disciples at his ashram in Sirsa, where the Dera is headquartered.

He was convicted by a special CBI court in Panchkula in August 2017, triggering a rampage by his supporters in the state that left over 30 people dead and damaged property worth crores.

The Dera chief and three others were also convicted in 2019 for the murder of a journalist more than 16 years ago. He was also convicted last year, along with four others, in a conspiracy to kill Ranjit Singh, a Dera manager, in 2002.