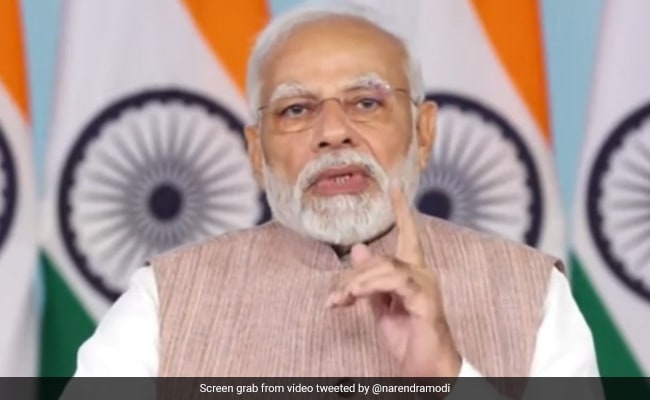 The prime minister was speaking after reviewing, through video conference.

The long period of slavery and indifference towards India’s maritime strength made us forget about Lothal and Dholavira, and the complex will act as a centre for learning about and understanding India’s diverse maritime history, he said.

The prime minister was speaking after reviewing, through video conference, the construction of the complex.

“Centuries ago, India’s trade was spread over a large part of the globe. We had a relationship with all the civilisations of the world. India’s maritime strength had a big role to play in this,” PM Modi said.

“The long period of slavery not only broke this capability of India, but with time, we Indians also became indifferent towards this. We forgot that we have great heritage like Lothal and Dholavira that were famous for maritime trade,” he said.

“We had great maritime kingdoms in the past,” he said, adding that this heritage “has been little talked about, it was forgotten.”

Joe Biden Renominates Eric Garcetti As US Envoy To India