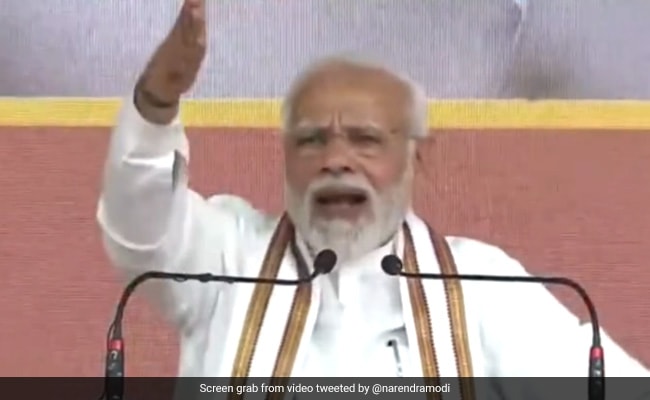 Gujarat polls: PM Modi was addressing a rally at Junagadh in Gujarat.

Prime Minister Narendra Modi Today urged the people of Gujarat to “teach a lesson” to those who constantly abuse and insult the state as well its citizens.

Addressing a rally at Junagadh town in Saurashtra region, he said some political parties think their work is incomplete if they do not abuse Gujarat and Gujaratis.

Assembly elections in the Bharatiya Janata Party (BJP)-ruled Gujarat are due by the year-end.

“Time has come to teach a lesson to those who abuse and insult Gujarat and its people day and night. Should we forgive those who tarnish Gujarat’s image?” PM Modi asked without taking anybody’s name.