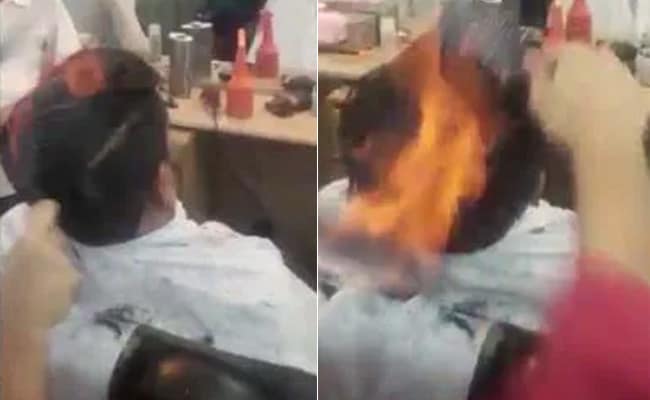 The ‘fire haircut’, which has gained popularity in recent years, is a process in which a barber or hairdresser uses fire on the customer’s hair to set it in style.

The incident took place on Wednesday in which the fire set on the man’s hair as part of the process went out of control.

The man got severe burn injuries on his neck and chest and was taken to a hospital immediately. He was then referred to the Civil Hospital in Valsad, a Vapi town police station official said.

Investigating officer Karamsinh Makwana said efforts are being made to take the statements of the 18-year-old victim as well as the barber.

“We are trying to get the statement of the victim. He was admitted to the Civil Hospital in Valsad. We have learnt that from there he was taken to a hospital in Surat,” Mr Makwana said.

As per primary information, the police said the man’s upper body suffered severe burns after of some kind of a chemical was applied on his head for the ‘fire haircut’.

An investigation is on to find out which chemical was used for the ‘fire haircut’, they added.

US Treasury Removes India From Its Currency Monitoring List