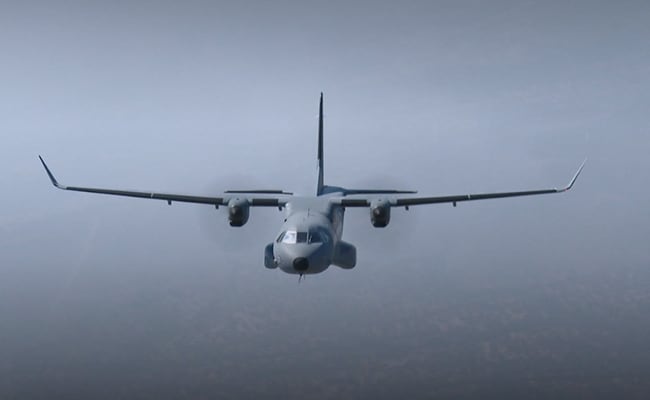 The new C-295 transport plane will replace the ageing Avro aircraft of the Indian Air Force.

Gujarat has landed a huge new deal – Tata and Airbus will manufacture transport planes for the military in Prime Minister Narendra Modi’s home state. The cost of the project is a walloping Rs 22,000 crore, or 2.66 billion dollars.

“This is the first project of its kind in which a military aircraft will be manufactured in India by a private company. The total cost of the project is Rs 21,935 crore. The aircraft can be used for civilian purposes as well,” said Defence Secretary Dr Ajay Kumar.

The manufacturing plant will be inaugurated by the PM at Vadodara on Sunday. The new project, with the promise of thousands of jobs, comes just as Gujarat gets ready to vote for its next government.

In September, Gujarat bested Maharashtra to secure a 19.5-billion-dollar investment that will see chips (semiconductors) being produced by a joint venture of Vedanta Ltd and Taiwan’s Foxconn. Their plants will be set up near Ahmedabad with considerable subsidies on electricity and other incentives provided from the state and is expected to create over 100,000 jobs.

The Tata-Airbus plan is seen as a significant gain for the PM’s “Make-In-India” campaign to reduce the country’s dependence on buying from aboard military technology and equipment.

The Centre last month approved the purchase of 56 transport aircraft from Airbus. “As part of the contract, 16 aircraft will be delivered in flyaway condition and 40 will be manufactured in India,” said the Defence Secretary today. “This is the first project of its kind in which a military aircraft will be manufactured in India by a private company,” he said.

According to an official statement, the first 16 fly-away or ready-to-operate aircraft are scheduled to be received between September 2023 and August 2025. The first Gujarat-made aircraft is expected in September 2026.

The new C-295 transport plane will “replace the ageing Avro aircraft of the Indian Air Force,” the government said. “It has a rear ramp door for quick reaction and para dropping of troops and cargo. Short take-off/land from semi-prepared surfaces is another of its features. The aircraft will strengthen the logistic capabilities of the IAF,” the statement said.

(With inputs from agencies)

Saleem Malik “Treated Me Like A Servant”: Wasim Akram On Pakistan Teammate