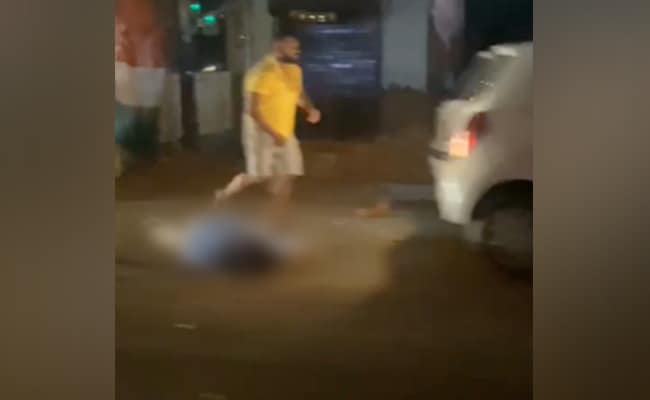 Sharma has several criminal cases registered against him, police said.

A man accused of killing the son of a former Delhi Police officer following an altercation over parking here has been arrested, officials said today.

Chiranjivi Sharma alias Kaloo Pandit has revealed the names of his two accomplices and efforts are on to trace them, they said.

Thirty-five-year-old Varun, son of a retired assistant sub-inspector of the Delhi Police and resident of Jawli village in the Teela Mor area, was battered to death with bricks by the assailants after a squabble over car parking near a roadside eatery on October 25.

Teela Mor police arrested Sharma, hailing from Rajpur village, from Karan Gate area on the basis of CCTV footage and a video of the incident that had gone viral on social media, officials said.

Sharma had fled the scene of the crime in a car that he later dumped at Farukh Nagar, they said.

Senior Superintendent of Police (SSP) Muniraj G said when police took Sharma to the spot to recover the car, he tried to escape after snatching the service revolver of sub-inspector Subhash and firing at the cops.

The police team retaliated and Sharma sustained a bullet injury in his right leg. He was taken to the district government hospital for treatment, the SSP said.

Sharma has several criminal cases registered against him, the officer added.

According to police, Varun, along with his two friends, had gone to the eatery for dinner and parked his car near another vehicle, the door of which could not open due to it.

This led to the altercation during which Varun was allegedly attacked with bricks by the assailants.

Severely injured, Varun was rushed to the GTB Hospital in Delhi where he died. The place where the incident occurred is hardly 2 km from the Delhi border.

An FIR was lodged at Teela Mor police station following a complaint by the victim’s father — Kanwar Pal.

Pal, in his complaint, said his son had gone to drop his wife Anjali at Mohan Nagar bus stand around 4.45 pm on Tuesday. Later, he and his two friends — Deepak and Sanjay — went to the eatery.

Pal also alleged that when the fight took place, his son’s friends were with him and instead of taking him to the hospital or informing police, they fled from there.

Following the incident, Muniraj G had assured action against such eateries that serve food to people who consume alcohol inside their cars parked along the road.

Congress To Launch ‘Parivartan Sankalp’ Yatras In Gujarat From October 31