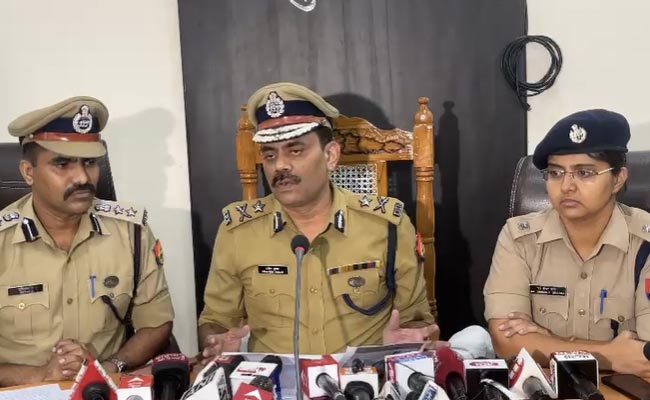 Three men were arrested by the Uttar Pradesh police yesterday.

A Delhi woman’s alleged gang-rape and torture in Ghaziabad has turned out to be a story “cooked up” to frame some men in a property feud, the police claim. The woman allegedly also paid some associates to “publicise” the case.

Three men were arrested by the Uttar Pradesh police yesterday. They allegedly helped the woman fake her kidnapping and assault.

The case was amplified by a video post by Delhi Commission for Woman chief Swati Maliwal, who alleged that the 36-year-old was found wrapped in a jute bag, her hands and legs tied, and an iron rod still inside her. She also said the woman was fighting for her life after being tortured for two days by her “kidnappers”.

Swati Maliwal had likened the case to that of Nirbhaya, the 23-year-old paramedic who died in 2012 after being gang-raped and tortured with an iron rod on a moving bus.

The police never confirmed these details. However, while arresting four of the five people named by the woman, they referred to a property dispute.

Doctors at GTB hospital, where the woman was taken, also denied she had any internal injury, as claimed by Ms Maliwal.

The police say investigations have revealed that the woman spent the two days that she was missing with her friends.

“She was with two of her friends for the two days – the duration for which she’d alleged she’d been kidnapped and raped by five men,” said Praveen Kumar, UP’s regional police chief, on Thursday.

Phone signals revealed that one of her friends had switched off his phone right at the spot where she was found, near Ashram Road that connects Ghaziabad with Delhi.

“We have recovered the car in which she went with her friends and stayed with them for two days,” Mr Kumar claimed.

The woman had claimed she was kidnapped at gunpoint when waiting for a bus for Delhi after attending a birthday party in Ghaziabad. Her brother had dropped her off at the bus stand, she had said, from where five men in a car dragged her into it and raped her in captivity.

“The complaint was all a conspiracy hatched to file a rape case on the five men,” the police officer said.

“Evidence has also been found that one of them gave money to a person through PayTM to give more publicity to the rape case,” the officer added. That friend already has three criminal cases registered against him.

On Wednesday, when she was found, she was first taken to a government hospital in Ghaziabad; then asked to move to Meerut. She refused to go through a medical examination at both the places, the police said.

On her insistence, she was admitted to GTB Hospital in Delhi, police said.

Swati Maliwal has yet to respond to the dramatic twist in the case.