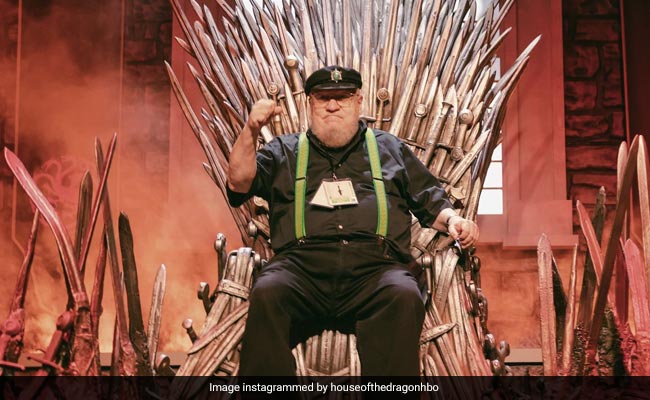 Look at the world we’re living in, I’m sorry its worse than Westeros here, he said. (File)

The man behind the masterpieces that are ‘Game of Thrones’ and ‘House of the Dragon’, George RR Martin had the most Targaryen solution to Russia’s offensive on Ukraine: a dragon.

“I wish I had a dragon; I could fly it to the Kremlin,” George RR Martin said if Russia President Vladimir Putin used nuclear bombs. He was on the ‘The Late Show with Stephen Colbert’ promoting his new book ‘The Rise of the Dragon: An Illustrated History of the Targaryen Dynasty- Volume 1’.

“Look at the world we’re living in, I’m sorry its worse than Westeros here,” he said. “There were a lot of war dystopia [novels] in the 50s and 60s, and then we stopped worrying about it and focused on zombie apocalypses instead. But suddenly, nuclear war seems more and more feasible again,” the author said.

Mr Martin, who regards the genre of Science Fiction as his “faith in the vision of the future”, seemed quite unoptimistic about it. When Stephen Colbert asked is if he was “having a crisis of faith”, he said he was.

“In some of those old books, if there was a nuclear war … there would always be some good people who would get together and reinvent civilization. Optimism was still there even if the setting was terrible. Is it still there? Can we be optimistic about climate change? What are we going to do if Putin actually does use nuclear bombs? What do we want to do?”, he asked, before offering his dragons up as a solution.

George RR Martin is currently working on The Winds of Winter, the highly anticipated sixth novel in his high fantasy series A Song of Ice and Fire upon which Game of Thrones is based. House of the Dragon, the prequel to Game of Thrones, is based on his other book, Fire and Blood.

Russian President Vladimir Putin on Wednesday surveyed drills carried out by his nuclear-capable forces as Moscow pressed unfounded claims to India and China that Ukraine was developing a “dirty bomb.”

The drills are the latest in a series of escalatory comments from Moscow and Putin – who observed the drills from a control room – that the eight-month conflict in Ukraine could turn nuclear.

Amazon Freezes Hiring For Corporate Wing Of Its Retail Business