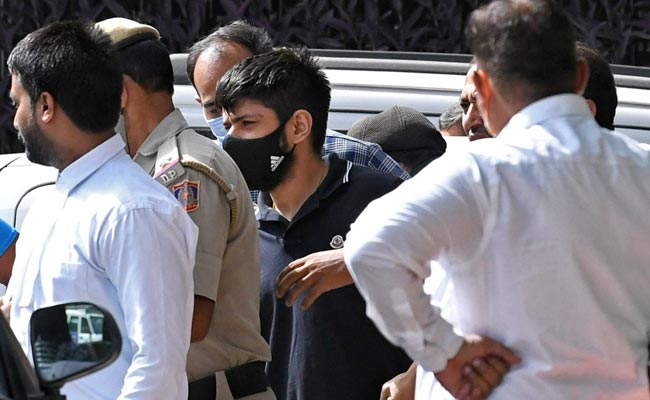 Delhi Police has filed two FIRs under the Unlawful Activities (Prevention) Act against numerous infamous gangsters of Delhi and Punjab including Lawrence Bishnoi and Goldie Brar.

Bishnoi and Brar are accused in the Sidhu Moose Wala murder case.

According to the police, the action has been taken on the orders of the Union Ministry of Home Affairs.

“The Delhi Police Special Cell has taken this big action against many famous gangsters of two big gangs of Delhi Punjab which have become synonymous with terror and crime. In which two FIRs have been registered under UAPA against a dozen gangsters of Lauresh Vishnoi gang and Bambiha Neeraj Babaniya gang,” said the police.

The second FIR has been registered under UAPA on Kushal Chaudhary, Lucky Patiala and other gangsters of the Bambiha gang including Neeraj Babaniya.

Police in Mansa district of Punjab have filed a charge sheet against 34 people in the Sidhu Moose Wala murder case, of which eight are yet to be arrested, as per an official on Friday.

“As of now, 4 people are in foreign countries while 8 people are yet to be arrested. A total of 122 people are there for testimony,” said Gaurav Toora, SSP.

The official informed that Lawrence Bishnoi, Jaggu Bhagwanpuria, Satwinder Goldie Brar Sachin Thapan, Anmol Bishnoi, Lipin Nehra along with over a dozen people are included in the case.

Earlier this month, the court of chief judicial magistrate Preeti Sukhija in Malout sent Lawrence Bishnoi to ten-day police remand in an attempt to murder case. Bishnoi is an accused in the Sidhu Moose Wala murder case.

Senior Superintendent of Police, Moga, Gulneet Singh Khurana, said that Bishnoi was brought for questioning in an attempt to murder case filed in December 2021 in which the police had arrested a sharpshooter from Bishnoi’s gang Monu Dagar.