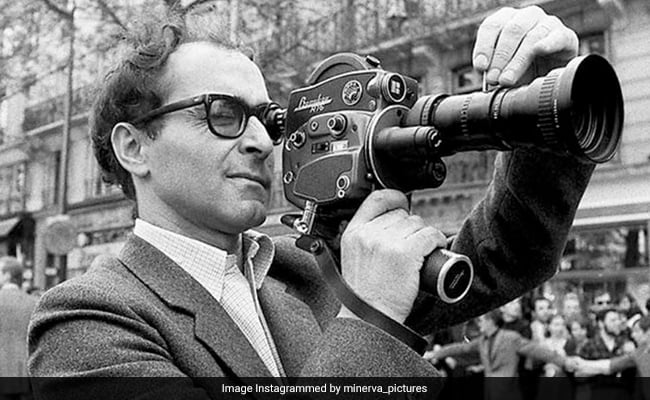 Jean-Luc Godard, the father of the French New Wave and one of the most influential filmmakers of the 20th century, died “peacefully at home” Tuesday aged 91, his family said. The legendary maverick blew up the conventions of cinema in the 1960s, shooting his gangster romance Breathless on the streets of Paris with a hand-held camera, even using a shopping trolley for panning shots.

He continued to thumb his nose at Hollywood and an older generation of French filmmakers by breaking all the rules again in Contempt (1963) with Brigitte Bardot and Pierrot le Fou in 1965.

“No official (funeral) ceremony will take place,” his family said. “He will be cremated… And it really must happen in private.”

The secrecy – and choosing to disappear in a puff of smoke – is typical of Godard, who loved to surprise the world from his lair in the Swiss village of Rolle where he had lived as a virtual recluse for decades.

It was there that he died “peacefully at home”, his wife Anne-Marie Mieville at his side, his producers said.

Godard’s influence is hard to underestimate, with directors from Martin Scorsese, Quentin Tarantino and Thomas Anderson, to Robert Altman, the maker of “M*A*S*H” and The Player, often speaking of their debt to him.

He compared him to other 1960s rebels like John Lennon and Che Guevara.

“Or maybe Godard was the medium’s Socrates, believing that an unexamined cinema was not worth having,” he added.

Guy Lodge, of the screen bible Variety, tweeted that it was “glib to say ‘he changed everything’, but he sure changed a hell of a lot of things.”

Indeed, Godard became a “god” to many 1960s political and artistic radicals who would hang on every word of his often contradictory – and tongue-in-cheek – declarations on the state of cinema and the world.

“All you need for a movie is a gun and a girl,” he once proclaimed, in a nod to the American actress Jean Seberg, the star of Breathless.

The movie was a fashion as well as a film landmark, her pixie haircut copied by millions bowled over by her effortless Parisian cool.

‘Every edit is a lie’

“A story should have a beginning, a middle and an end – but not necessarily in that order,” Godard later famously declared, and “every edit is a lie”.

As he grew older, Godard would occasionally emerge from his Swiss bolthole to make low-budget films well into his 80s.

He never, however, regained the capacity to shock or move more mainstream audiences as he had in the 1960s, though a small band of disciples remained doggedly loyal to the master.

His periodic appearances at the Cannes film festival – often via FaceTime – still drew crowds, however, though he no longer held the sway he did when he had managed to shut down the festival entirely in 1968 in solidarity with the student protests in Paris.

Cannes also saw the premiere in 2017 of Redoubtable, a tragi-comic film about Godard’s doomed romance with the French actress Anne Wiazemsky, directed by the Oscar-winning director of The Artist, Michel Hazanavicius.

Kriti Sanons Yummy Breakfast Is The Power-Packed Fuel We Need

On Shibani Dandekar’s Birthday, BFF Rhea Chakraborty’s Adorable Post: You Are Everything

Kiara Advani And Vicky Kaushal Do The Locomotion