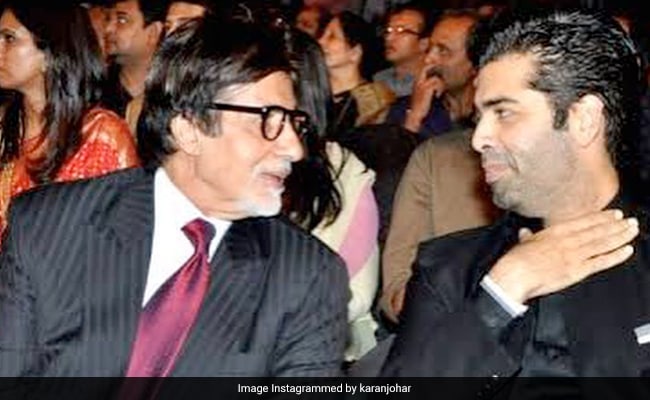 A throwback of Big B and KJo. (courtesy: karanjohar)

Amitabh Bachchan, one of the most loved actors in the country, celebrates his 80th birthday today and on the special occasion, members of the film fraternity (veterans and freshers included) shared special posts for the legend. Karan Johar’s late father Yash Johar also made multiple films with Amitabh Bachchan. KJo too worked with the actor. Karan Johar beautifully curated a set of words to wish Big B on his special day. He began the note with these words: “Amitabh Bachchan is not just an institution, a legend, a masterclass in acting… He is a feeling! A  feeling that takes us back to the first time we whistled and clapped on a superstar entry, applauded a punchline, danced in the isles of a cinema…”

Karan Johar, who directed the films Kabhi Khushi Kabhie Gham and Kabhi Alvida Naa Kehna, starring Big B, added in his note: “A feeling that trained our minds to what a hero in cinema is and must always be… A feeling that defines cinema memories etched in our minds forever…I feel blessed to have my name as director in his voluminous and stunning filmography… blessed to have grown up in front of him and even at age 5 have felt the thump of his stardom when he walked into a room.”

He signed off the note with these words: “There will be artists and megastars and celluloid masters in Indian Cinema but there will never be another AMITABH BACHCHAN…. Happy birthday Amit Uncle… This decade like every other will be yours.”

Bhagyashrees Vacay In Nepal Is About This Classic Indulgence

Arjun Kapoor vs Tabu And Gang

Hey CID, Its Not Easy To Interrogate Ajay Devgn