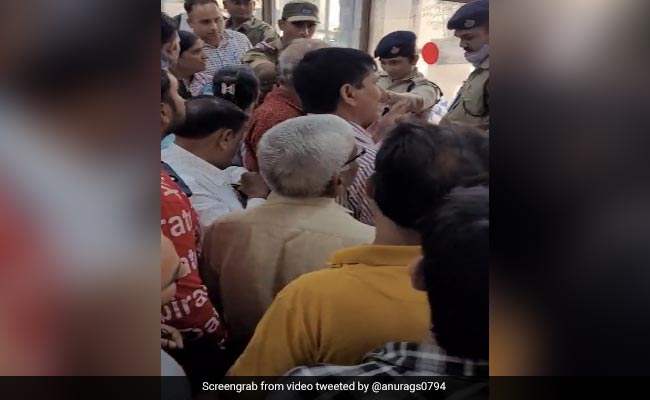 A fight broke out between passengers and airport staff at Ahmedabad’s Sardar Vallabhbhai Patel International Airport over the delay of SpiceJet aircraft for eight hours on Wednesday.

According to sources in the Directorate General of Civil Aviation, the flight was delayed due to a ‘Network Issue’.

A source at Ahmedabad airport informed that the main runway of the airport was closed for maintenance between 11 am to 3 pm. Regarding it, NOTAM (Notice to Airmen) was issued to pilots.

The SpiceJet flight SG0354 which was scheduled to depart at 10.30 am, was rescheduled after 3 pm due to NOTAM. However, due to a network issue (congestion at the airport), it got delayed further and finally, it took off at around 7 pm for Varanasi, he added.

The flyers were irked at the SpiceJet staff as they were not getting a clear response regarding the delay of the flight.

Later, security personnel and senior airport officials were called and they pacified the situation. All passengers left the airport on the flight.

A senior DGCA official said that they were aware of the situation and in such cases, passengers need to be compensated if they ask for it because it is in the rule. They will look into if they get any such complaints.

When Noida Twin Towers Were Demolished, Air Pollution Spiked This Much

A Lot Of Sparks But Lacks Fire