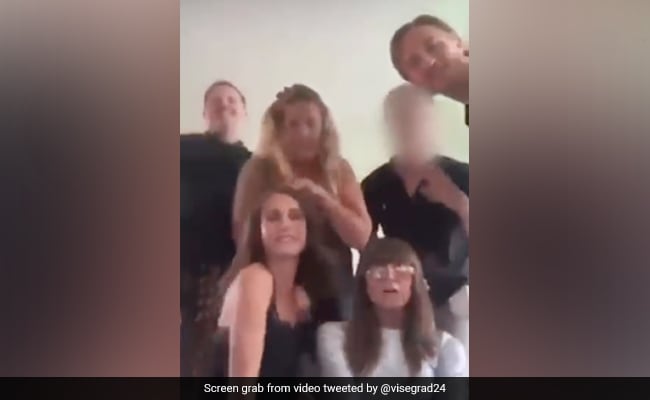 Many backed Sanna Marin saying that partying is normal even for a Prime Minister.

A video of Sanna Marin, Prime Minister of Finland, has sparked a controversy after she was seen partying with some people. In the clip, that has been widely shared on social media platforms, Ms Marin is dancing with a group of people in what appears is a private apartment.

It is being said that the video was initially uploaded on Instagram Stories after which it got leaked and went viral.

Finland’s Prime Minister @MarinSanna is in the headlines after a video of her partying was leaked today.

She has previously been criticized for attending too many music festivals & spending too much on partying instead of ruling.

The critics say it’s not fitting for a PM. pic.twitter.com/FbOhdTeEGw

According to a report in Iltalehti newspaper, several known Finnish personalities were spotted at the party. These include Member of Parliament Ilmari Nurminen from Ms Marin’s Social Democratic Party, a popular singer, influencer, YouTuber, and radio and TV host, among others.

The report added that it could not ascertain where and when the video was filmed but it appears that the party was organised at a private property.

As the Prime Minister’s video did rounds on social media, it elicited varying reactions from users. It has left the Finnish people divided where some have criticised Ms Marin while others have come in support of her.

Many backed Ms Marin saying that partying is normal even for a Prime Minister.

Finnish PM partying, I guess she must be uhm… human? Let her be, she’s just enjoying. Bigger problems in the world. She rocks. #Finland#Sanna#sannamarin

“The Finnish Prime Minister has some fun in her time off. Why is that a big deal?” one user wrote.

The Finnish Prime Minister has some fun in her time off. Why is that a big deal? #SannaMarin

Echoing a similar sentiment, another said, “Have some fun in your life and dance like there is no tomorrow.”

Have some fun in your life and dance like there is no tomorrow.#sannamarin#Finland#leaveheralone

A few also found the video to be distasteful considering the office that Ms Marin is holding.

“Is this acceptable behaviour from the Prime Minister? I think not,” a comment read.

is this acceptable behavior from the prime minister? I think not. @MarinSanna#sannamarinpic.twitter.com/7kHnyAZ2w0

This isn’t the first time that Ms Marin has come under criticism. Last year in December, the Prime Minister apologised after it came to light that she stayed out partying till late on the weekend despite knowing that she had been exposed to COVID-19.

Yogi Adityanath's Tough Warning Over Delay In Development Projects In UP