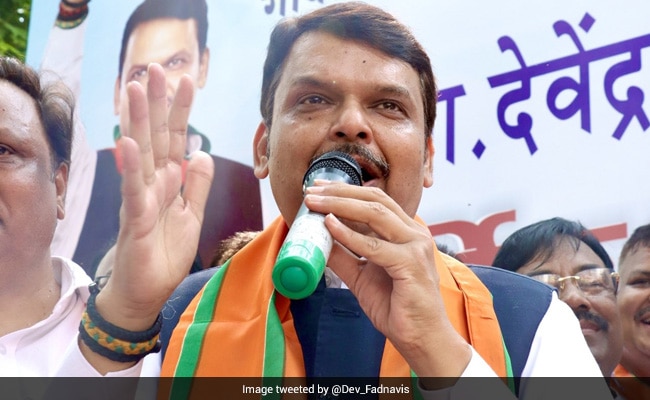 The deputy chief minister said in two years, he would bring Maharashtra on No. 1 (File)

Maharashtra Deputy Chief Minister Devendra Fadnavis on Monday said that he was grateful to Prime Minister Narendra Modi as the PM had approved the electronic manufacturing cluster in the state.

Mr Fadnavis during a press conference in the city had said that a “fake narrative” was being set that big projects were going out of Maharashtra and this was wrong.

The deputy chief minister said, “First about Foxconn, I already mentioned that Subash Desai (former industries minister) said that Foxconn project would not come to Maharashtra.”

He also said that there is the first “fake narrative” that the government had come and the project had gone out of the state.

“About Tata Airbus project, they are setting a fake narrative,” The deputy chief minister also said, adding that, “When I come to know that Tata is going to Gujarat but I requested Tata come to Nagpur when we are in Opposition.”

He said: “When I was the Opposition leader, Tata spokesperson of the project said it was not suitable for business here in Maharashtra.”

He added that, “Tata official said to me that they are going to Gujarat one year before.”

On Safran project, the deputy chief minister said, “The project went to Hyderabad and they were doing a fake narrative about us.”

The deputy chief minister said in two years, he would bring Maharashtra on No. 1 and added that investors were not coming to the state because of these fake narratives.

Mr Fadnavis said “Some people are saying that all projects are going to Gujarat but this is not right. Projects and investments are going to other states, also.”

“Maha Vikas Aghadi is responsible for this,” he said, adding that, “those projects that went away from Maharashtra, we are not responsible.”

PM On India's G20 Presidency Theme: "One Earth, One Family, One Future"