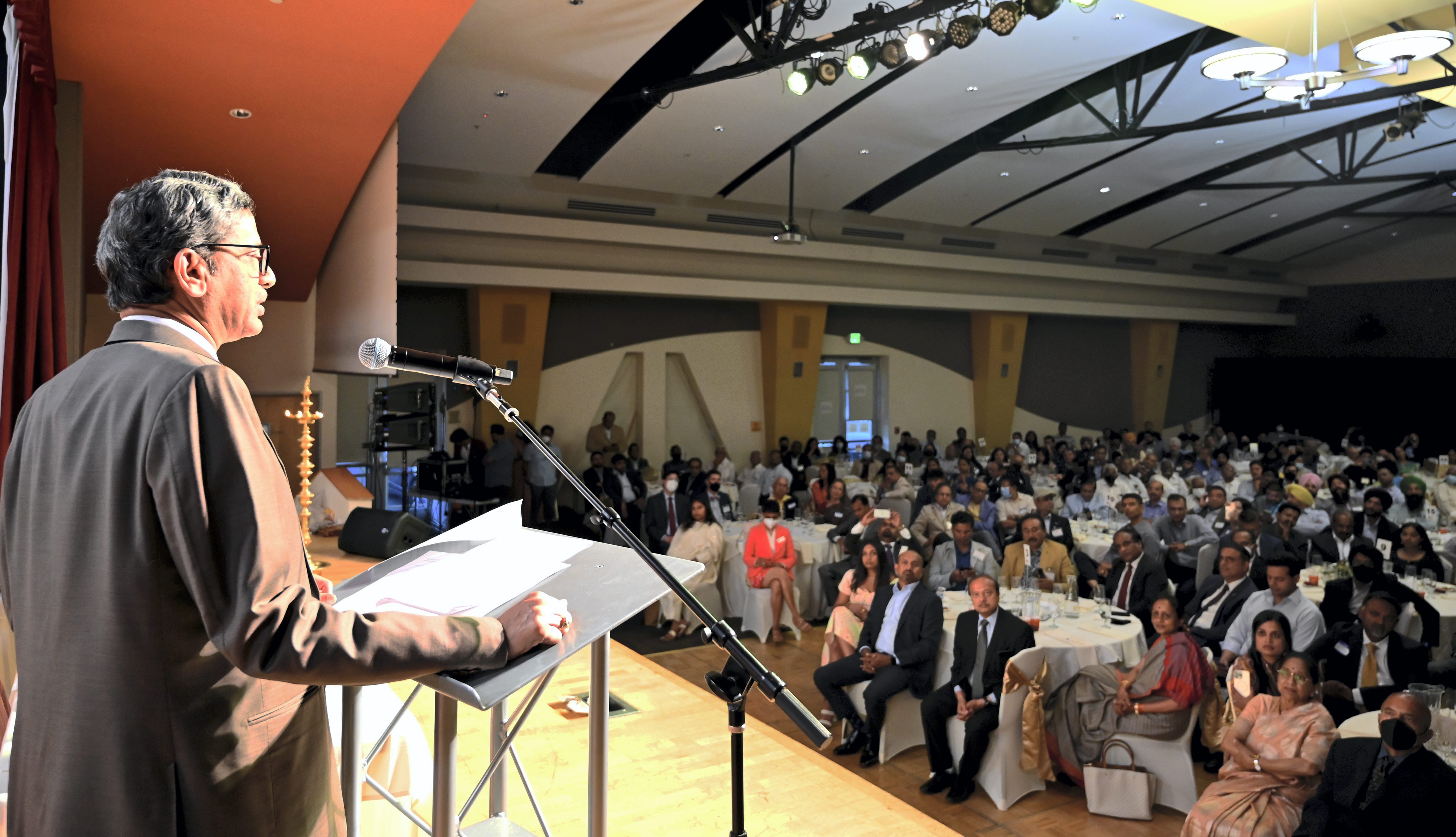 Justice NV Ramana said it was time for a transformation of the country’s education system.(File)

Chief Justice of India Justice N V Ramana on Saturday stressed on developing a model of education that teaches students how to face real-life challenges and lamented that institutions (of higher learning) were losing their social relevance with the ‘mushrooming of factories of education.’ Such education should also be an enabler to achieve social solidarity and create individuals as meaningful members of society, he said while delivering the convocation address after receiving an honorary degree of Doctor of Letters from the Acharya Nagarjuna University (ANU), his alma mater, here.

Justice NV Ramana further said the young people of the country must be “conscious change-makers” who should think of sustainable models of development. “This consciousness must acknowledge the needs of our community and environment while being pioneers in your respective fields,” he said.

He expressed regret that the focus of professional courses continued to be on creation of an obedient workforce, like in colonial times, that could generate the required output.

“The harsh reality is that even after the students enter professional universities, the focus is on classroom-learning and not on the world beyond. Securing highly remunerative and profitable job opportunities has become the sole objective behind such education,” he said.

There was a total neglect of equally important subjects like humanities, natural sciences, history, economics and languages, he added.

“We are witnessing mushrooming of factories of education which are leading to devaluation of degrees and human resources. I am not sure, who or what is to be blamed,” he said.

Justice NV Ramana said it was time for a transformation of the country’s education system.

“Our institutes must focus on the value of social relationships and conscious citizenship. Education should blend our historical baggage with a futuristic vision to equip young minds with the right tools and attitudes to transform our society with awareness and right understanding,” he said.

Justice NV Ramana called upon universities and their research wings to focus on issues affecting the country and try to find comprehensive solutions.

The State should actively co-operate in this endeavor by earmarking funds required for research and innovation.

“It will be a sad commentary if we allow our key areas of learning and research to suffer on account of lack of funding,” Justice Ramana said.

The Chief Justice of India, who will be retiring next week, exhorted the graduating students to “build a democracy filled with vibrancy and idealism, where differences of identities and opinions are respected.” “Don’t allow corrupt thoughts. Don’t tolerate injustices. Think beyond yourself and be willing to make sacrifices. Be sensitive to the needs of the community and society,” he said.

Andhra Pradesh Governor and ANU Chancellor Biswabhusan Harichandan presided over the 37th and the 38th convocations of the university.

Chief Justice of the Andhra Pradesh High Court Prashant Kumar Mishra and other judges, too, were present on the occasion.

Later, the Andhra Pradesh government hosted lunch for the Chief Justice of India (CJI) at a convention centre in Mangalagiri. The Governor, the Chief Minister, and judges and senior officials attended

US Says Russia Trying To Bypass Western Sanctions Via Turkey