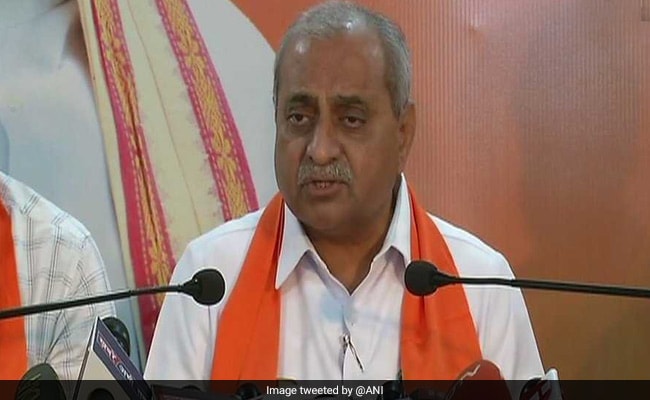 The former deputy chief minister also condoled the death of 134 people in the tragic collapse. (File)

Former Gujarat Deputy Chief Minister Nitin Patel has denied any role of the Gujarat government in the renovation of the bridge, adding that the repair was undertaken by the Morbi administration.

“Renovation and opening of the bridge were done by Morbi administration. Gujarat government didn’t have any role in it, direct or indirect. The old bridge was small and made for private use, but was opened to the public for tourism,” said former Gujarat Deputy Chief Minister Nitin Patel.

Mr Patel also assured that appropriate action would be taken by the state government. “It might take some time since a thorough investigation will be required, but the state government would take action once it receives the report. Nine people responsible for the collapse of the Morbi bridge have been arrested, and actions will be taken against them,” he said.

The former deputy chief minister also condoled the death of 134 people in the tragic bridge collapse.

On Monday, nine persons, including officials of Oreva, the company that renovated the bridge, ticket sellers and security men, were arrested for the Morbi bridge collapse in Gujarat.

“An FIR has been registered against the maintenance and management agencies of the bridge, under Sections 304 (culpable homicide not amounting to murder), 308 (attempt to commit culpable homicide), and 114 (abettor present when offence is committed) of the India Penal Code,” said Morbi B Division Police Inspector, Prakashbhai Dekavadiya.

“Indian Elections Can Be Rigged Through Social Media If…”: Rahul Gandhi