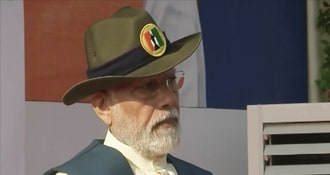 Prime Minister Narendra Modi today emphasised on ensuring that those affected in the Morbi bridge collapse are provided with all possible assistance. The Prime Minister chaired a high-level meeting in Gujarat to review the situation in Morbi after the suspended cable bridge collapsed on Machchhu river yesterday, killing more than 130 people.

In a meeting held at the Raj Bhavan in Gandhinagar, Mr Modi, who is currently on a tour of Gujarat, was briefed on the rescue and relief operations that are underway since the mishap took place on Sunday evening around 6.30 pm.

All aspects relating to the tragedy were discussed at the meeting, which was also attended by Chief Minister Bhupendra Patel, Gujarat Minister of State for Home Harsh Sanghavi, the Chief Secretary and the Director General of Police.

Several top officials, including those from the state Home Ministry and Gujarat State Disaster Management Authority, were also present at the meeting.

Earlier today, Mr Modi had said that the centre was extending all possible help to Gujarat to deal with the aftermath of the bridge collapse.

“I am in Ekta Nagar, but my mind is with the victims of Morbi. Rarely in my life, would I have experienced such pain. On one hand, there is a pain-riddled heart and on the other hand, there is the path to duty,” he said while addressing the people at the Statue of Unity in Gujarat’s Kevadia, where he paid floral tributes to Sardar Vallabhbhai Patel on his birth anniversary.

Cigarettes Worth 1.3 Crores Looted From Truck On Mumbai-Ahmedabad Highway