If there’s one comfort food that enjoys a universal appeal, it has got to be pizza. Whether you have its wood-fired, thin crust edition or the simple homemade kinds – there is no resisting the temptation for pizza. From kids to teens and even adults, everyone enjoys a delicious pizza. Ardent foodies often debate on the internet about what exactly is the right way to eat pizza. While some say they begin from the middle portion, others prefer eating the crust first. Some people fold their pizza into half while others enjoy it as it is. Recently, Hollywood actress Drew Barrymore of ‘Charlie’s Angels’ fame went viral online after she shared a video of herself eating a pizza in the strangest way possible. Take a look:

The video was shared by Drew Barrymore on her own official handle, and it has been widely circulated across social media raking in millions of views. The clip by the actress drew immense flak after she demonstrated her strange and shocking way of eating pizza. According to Barrymore, her way of eating pizza was quite handy for people who were trying to go gluten-free or avoid bread altogether.

In the clip, we can see Drew Barrymore at home with a delicious pizza in front of her. Topped with capsicum and olives, the pie looked absolutely divine. The 47-year-old actress, however, had a bizarre way of eating it. She first took the pizza slice and removed all the toppings and cheese into a plate. Then, she kept the bread part aside and explained what she was trying to do. “I just take the toppings and a little salad, which has basically all the same toppings as the pizza, and I make a pizza salad,” she said in the video. “I mix it up and it’s actually really crunchy and delicious,” she added. Drew Barrymore also said that she felt guilty about the wastage, but agreed that this pizza salad gave her the satisfaction of eating a pizza. 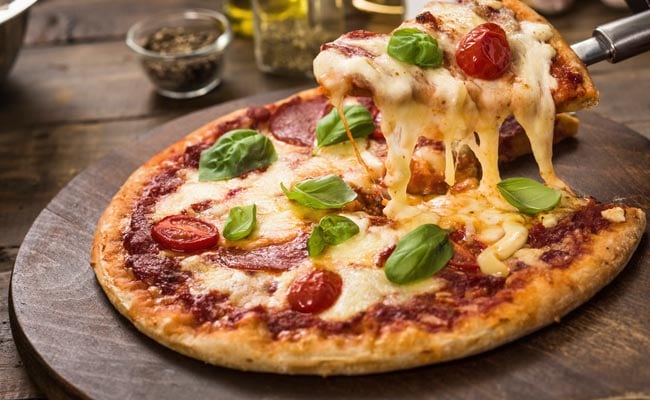 This bizarre way of eating pizza did not sit down well with internet users.

The pizza-eating video by Drew Barrymore sent the internet into a tizzy. Some could not believe that she was actually destroying a delicious pizza just for the sake of avoiding the bread. “How dare you do this to a pizza,” said one user while another added, “There’s something wrong with you!” Some others didn’t find the idea that bad and actually wanted to try it. “They should make pizza Bowls that are nothing but toppings and cheese,” said one user as per Daily Mail.

What did you think of Drew Barrymore’s technique of eating pizza? Tell us your thoughts about the strange hack in the comments below.

About Aditi AhujaAditi loves talking to and meeting like-minded foodies (especially the kind who like veg momos). Plus points if you get her bad jokes and sitcom references, or if you recommend a new place to eat at.

How To Make Soft Appams – Easy Tips To Follow