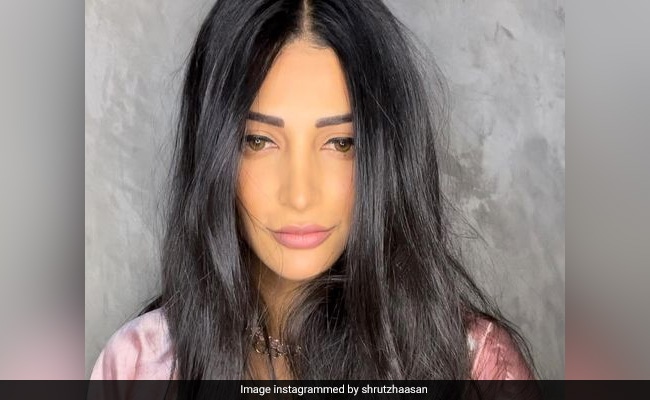 Shruti Haasan, during an episode of Hauterrfly’s The Male Feminist, answered a few questions pertaining to her personal life – among them was also a discussion on her nose surgery. Shruti Haasan said during the show: ” I did get my nose fixed and it was very obvious I got my nose fixed. My nose was broken and quite different from before and I did my first film with my old nose. And people are like she’s just using the deviated septum excuse. No, I did have a deviated septum, it hurt.” The actress added during the interaction: “But if I could make it prettier, it’s my face, why wouldn’t I? It was that simple. I don’t feel the need to justify why I want to look a certain way for myself.” The actress added how she was trolled by people post her surgery. “They said, ‘Did you get fillers?’ Yeah. I did. ‘And tomorrow, would you get a face lift?’ Maybe, maybe not. Who knows?”

Shruti Haasan said during the interaction: “It’s my body and those who want to do whatever they want to or don’t want to, I don’t condone it. I don’t want people to say Shruti sabko bol rahi hai ja ke filler lagao. Nahi, aapko karna hai karo, nahi karna hai nahi karo, mujhe bas apne kaam pe chhod do ( I don’t want people to say that Shruti is telling everyone to go inject fillers. No, if you want to, do it. If not, then don’t. Just let me be).”

In terms of work, Shruti Haasan was last seen in Amazon Prime Video’s Best Seller. Her upcoming projects include NBK107, Waltair Veerayya. She will be seen sharing screen space with Baahubali star Prabhas in a film titled Salaar.

Shruti Haasan, daughter of veteran actors Kamal Haasan and Sarika, has starred in several Tamil as well as Bollywood films. She stepped into Bollywood with the 2009 film Luck, co-starring Imran Khan. The actress has also been a part of films such as Welcome Back, Ramaiya Vastavaiya, Dil Toh Bachcha Hai Ji and D-Day among others.

Experience The Sinful Flavours Of Lucknow At K3 By JW Marriott

“This Is A Ridiculous Story”